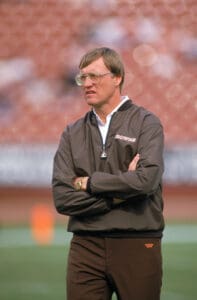 It is an understatement to say that, for any team to truly succeed, it needs a good head coach. It’s not so much the personality, the coach must know the game and command respect. The Browns recognize this, having spent two decades with subpar coaching since returning to the league in 1999. Thankfully, Kevin Stefanski has breathed new life into the Cleveland … END_OF_DOCUMENT_TOKEN_TO_BE_REPLACED 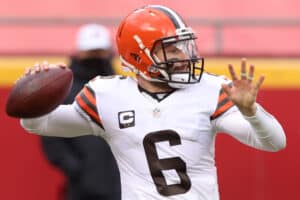 Could a big money payday be on the horizon for Browns quarterback Baker Mayfield? On Wednesday, Mayfield’s agent, Jack Mills, told TheLandOnDemand.com's Tony Grossi that he believed a long-term extension could happen this summer. "We're not going to be dragging it out," Mills told Grossi. "I think there's been enough contracts done for quarterbacks lately that … END_OF_DOCUMENT_TOKEN_TO_BE_REPLACED 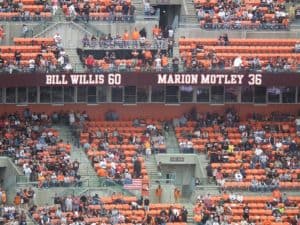 The colossus that is today’s NFL consists of players from many walks of life. The stars of the game hail from every nook and cranny of the country as well as various foreign countries. This was not always the case, however. For a period of time, the NFL mirrored the other major North American pro sports leagues in shutting out athletes of … END_OF_DOCUMENT_TOKEN_TO_BE_REPLACED 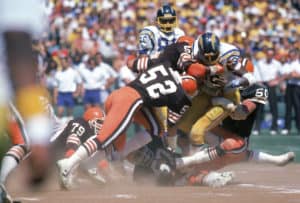 In the early 1980s, the NFL witnessed a new breed of linebacker. These ‘backers had receiver speed, the agility of a running back, and could hit like a truck. It started with the University of North Carolina’s Lawrence Taylor, who immediately turned the New York Giants into contenders. By the mid-80s, the NFL added similar stars in Carl Banks (also with New … END_OF_DOCUMENT_TOKEN_TO_BE_REPLACED 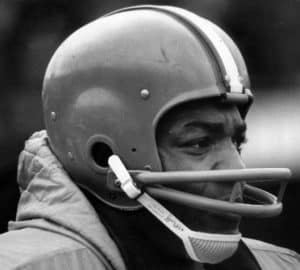 By all accounts, Jim Brown is arguably the greatest running back in Cleveland Browns history. He’s also been ranked as the top running back (and number four overall player) on the NFL’s top ‘100 players of all time’ list. Brown was an imposing force on the field and he could also impose his will off the field (sometimes to his detriment). Since retiring from … END_OF_DOCUMENT_TOKEN_TO_BE_REPLACED