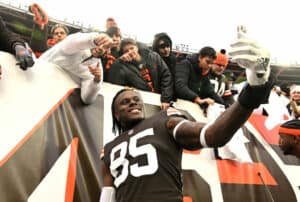 Tight end David Njoku worried Cleveland Browns fans when he posted this tweet. https://twitter.com/David_Njoku80/status/1509880611447746562 Why would he request a trade now that he will be a projected starter next season? Would he go elsewhere even if Deshaun Watson is already with the Browns? His post was shared by NFL insiders like Ari Meirov and Ian … END_OF_DOCUMENT_TOKEN_TO_BE_REPLACED 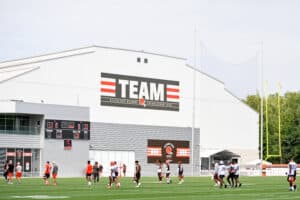 Cleveland Browns general manager Andrew Berry deserves credit for improving the team's roster in massive ways. On paper, the Browns underwent upgrades in critical positions. They brought in Amari Cooper, who became a cap casualty for the Dallas Cowboys. They also paid attention to their special teams by adding wide receiver/return specialist Jakeem Grant from … END_OF_DOCUMENT_TOKEN_TO_BE_REPLACED 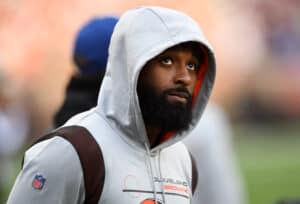 It’s not enough for the Cleveland Browns to remain as is during the offseason. After all, they are competing in one of the most competitive divisions in the National Football League. They brought in Deshaun Watson for a fully guaranteed five-year, $230 million deal to stay on pace with their rivals. The Browns also signed wide receiver Amari Cooper from the … END_OF_DOCUMENT_TOKEN_TO_BE_REPLACED 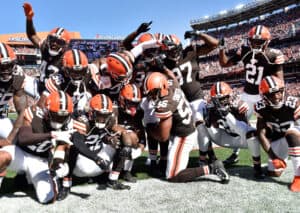 It was a disappointing 2021 season for the Cleveland Browns. After winning a playoff game for the first time since 1994 in the season prior, the Browns came crashing down with an 8-9 record. That’s their 13th losing season in 14 years, and they finished 11th in the American Football Conference. However, this year’s record isn’t as bad as their previous … END_OF_DOCUMENT_TOKEN_TO_BE_REPLACED