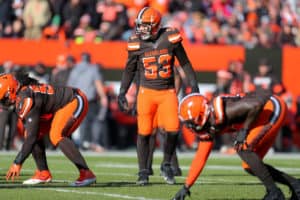 The NFL named Browns linebacker Joe Schobert the AFC Defensive Player of the Week after a two-interception performance in the team’s 41-24 win over the Miami Dolphins. Schobert has four interceptions in the last two games. The fourth-year player became the sixth linebacker in NFL history to have at least two interceptions in back-to-back games. Cato June last … END_OF_DOCUMENT_TOKEN_TO_BE_REPLACED 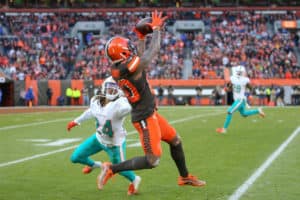 CLEVELAND — The Cleveland Browns extended their winning streak to three games in a 41-24 victory over the Miami Dolphins. Here are 10 thoughts after the Browns’ win Sunday at FirstEnergy Stadium.   1. It was the tale of two halves. The Browns dominated in the first half with a 28-3 lead headed into the break. The last time the Browns held a … END_OF_DOCUMENT_TOKEN_TO_BE_REPLACED 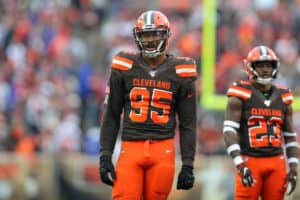 Myles Garrett is due to miss his first game Sunday against the Miami Dolphins as part of his indefinite suspension. Garrett, 23, lost his appeal Thursday. The Browns defensive end will miss the rest of the season. NFL sources told ESPN the league is hopeful Garrett will not miss any games next season. As part of the suspension, the NFL mandated Garrett must … END_OF_DOCUMENT_TOKEN_TO_BE_REPLACED 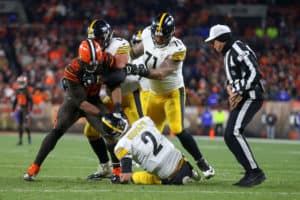