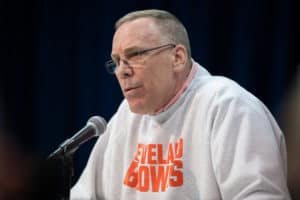 Browns general manager John Dorsey made quite a few splashes since joining the Cleveland Browns. High-quality draft picks and flashy trades kicked off his regime in a rebuilding effort. His choice of Baker Mayfield to lead the rebuild was questioned by many, but the rookie led a second-half charge that brought the team within a hair of their first .500 season … END_OF_DOCUMENT_TOKEN_TO_BE_REPLACED 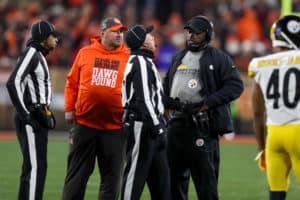 The Cleveland Browns roll into Pittsburgh this week on a three-game winning streak, re-energized and ready to crash the party in the AFC playoff hunt. Baker Mayfield is hitting his stride with a 9:2 TD-to-interception rate since the bye week. Cleveland’s offense boasts two top-tier wide receivers along with a pair of top-tier running backs. The defense is … END_OF_DOCUMENT_TOKEN_TO_BE_REPLACED 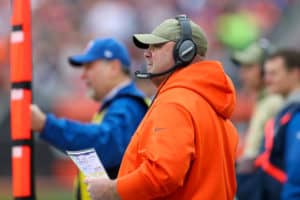 Shortly after the Steelers’ and Brown’s infamous Thursday Night Football incident, while tempers still flared and details waited to be discovered, Freddie Kitchens took questions from the media. After a solid and important Browns victory, Kitchens let the focus go to the ugly melee. The rookie head coach's attempt to explain the unexplainable was in stark … END_OF_DOCUMENT_TOKEN_TO_BE_REPLACED 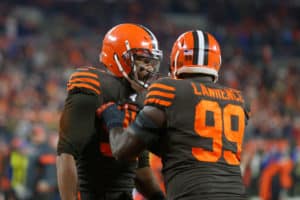 Coming off back-to-back victories against playoff-contending teams, the Cleveland Browns are breathing easier heading into this weekend’s home matchup against the 2-8 Miami Dolphins. It’s still hard to relax when entering a game without five of your defensive starters, including Myles Garrett. Garrett is impossible to properly replace. His suspension cuts short his … END_OF_DOCUMENT_TOKEN_TO_BE_REPLACED 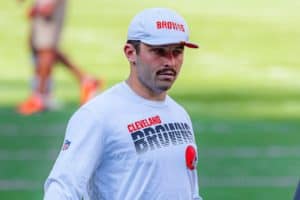 Baker Mayfield must've heard the criticisms. How could he ignore them? The failed promise of the Cleveland Browns' second-year quarterback, who recently came off a magical rookie campaign, doomed the city from Week 1. With 12 interceptions and 7 touchdowns, Mayfield's performance disappointed Cleveland as much as the Browns' 2-5 record. Other concerns plagued the team, as … END_OF_DOCUMENT_TOKEN_TO_BE_REPLACED