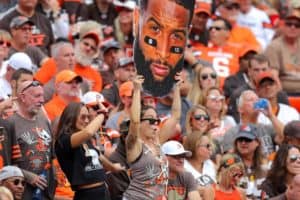 Eric Smith who was going about his normal business this morning at the Cleveland Music Group, was stunned when he received a call from Bob Sivik, the Cleveland Browns' Vice President of Ticket Sales & Service. Smith says Sivik informed him that he had been the man that was identified pouring beer on Ryan Logan during Sundays Loss to the Tennessee … END_OF_DOCUMENT_TOKEN_TO_BE_REPLACED 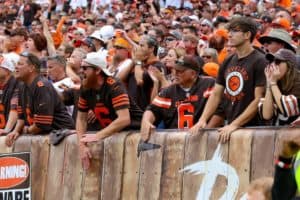 Cleveland Browns fans have been known to throw objects, but recently have turned to pouring beer on players. In Sunday's loss to the Titans, Malcolm Butler intercepted Baker Mayfield late in the fourth quarter and returned it for a touchdown. While they were celebrating the touchdown, defensive back Ryan Logon decided to leap into the stands. That's when a fan … END_OF_DOCUMENT_TOKEN_TO_BE_REPLACED 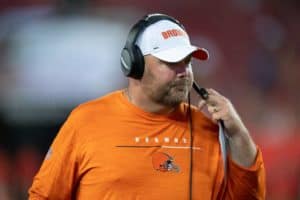 Being one of the most hyped teams coming in the NFL season, the Browns disappointed many fans in their first game. There wasn't a lot of positives to take from Sunday's loss against the Tennessee Titans. But it can be noted, even with all their struggles in the game, it was a close game late in the third quarter. The Browns are still a roster that is loaded … END_OF_DOCUMENT_TOKEN_TO_BE_REPLACED 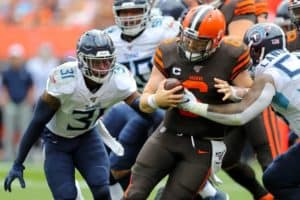 With a star-studded team that includes Baker Mayfield and Odell Beckham Jr, it was clear that the Browns would face adversity at some point. They were going to be doubted and even "thrown in the trash" as Mayfield would put it. However, it's hard to think that anyone would have thought it would come after the first game season-opening loss to the … END_OF_DOCUMENT_TOKEN_TO_BE_REPLACED 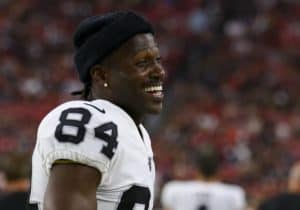 The saga of Antonio Brown was one that certainly had many twists and turns this offseason. After he was released by the Raiders, there was much speculation about which teams would be interested in his services. According to Brown's agent, Drew Rosenhaus, there was a "robust" market for his client after his release.   "Antonio had a robust free-agent … END_OF_DOCUMENT_TOKEN_TO_BE_REPLACED