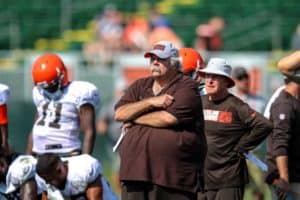 The Brown's continued offensive struggles have left many wondering just what is going on this year with quarterback Baker Mayfield. In the second half of last season, the entire offense took the league by storm with Mayfield looking like he was ready to be the next great superstar. But, through five games this year, Mayfield has not looked anything near like he looked … END_OF_DOCUMENT_TOKEN_TO_BE_REPLACED 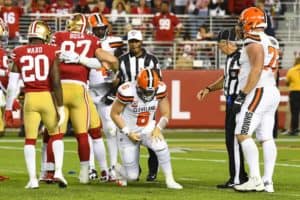 The Browns were dreadful on Monday night, rolling over in primetime against the 49ers by a score of 31-3. With a lopsided scoreline like that there obviously were issues on both sides of the ball. The 49ers stable of running backs ran all over the Browns defense, while the offense was error-prone and sloppy, at best. However, there were moments in the first half when … END_OF_DOCUMENT_TOKEN_TO_BE_REPLACED

Washington Redskins coach Jay Gruden was fired Monday after losing to the New England Patriots 33-7. The loss dropped the Redskins season record to 0-5. Later on that night, the Browns were embarrassed by the 49ers on Monday night football losing 31-3. The Browns offensive line struggled the entire night to contain the 49ers pass rush that included a dominating … END_OF_DOCUMENT_TOKEN_TO_BE_REPLACED 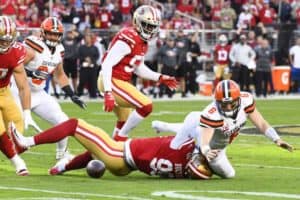 There have been highs and lows early in the Cleveland Browns 2019 campaign. Wins against the Jets and the Ravens have given fans hope that the hype thrust upon first-year Head Coach Freddie Kitchens and his team may be valid. Three losses, including a 31-3 drubbing at the hands of the San Francisco 49ers Monday night have reminded fans that this team is still a work in … END_OF_DOCUMENT_TOKEN_TO_BE_REPLACED 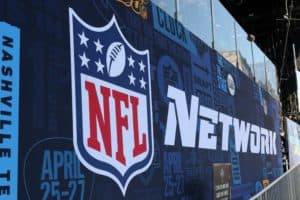 After the San Francisco 49ers beat the Browns 31-3 on Monday night football, 49ers cornerback Richard Sherman said he was snubbed without a handshake by Baker Mayfield prior to the pregame coin toss. NFL.com analyst Mike Silver published an article explaining his detailed conversation he had with Sherman in regard to the snub. Silver wrote that he and Sherman spoke … END_OF_DOCUMENT_TOKEN_TO_BE_REPLACED