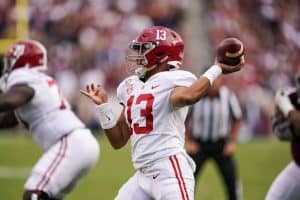 Despite an already talented roster, there are needs the Cleveland Browns will need to fill at the 2020 NFL Draft. On Monday, Alabama quarterback Tua Tagovailoa declared for the draft. https://twitter.com/SportsCenter/status/1214232340010065920 How does this help the Browns? Simple. Cleveland already has their starting quarterback of the future in Baker … END_OF_DOCUMENT_TOKEN_TO_BE_REPLACED 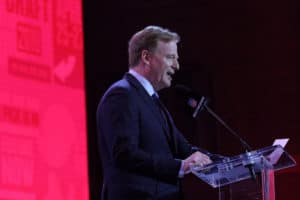 There are not many silver linings for the Cleveland Browns after losing Sunday to the Cincinnati Bengals, the NFL’s worst team. However, the loss helped improve the Browns’ draft position. Cleveland now holds the No. 10 overall pick in the 2020 NFL Draft. Headed into Week 17, the Browns held the No. 12 overall pick in the draft.   Here is the 2020 … END_OF_DOCUMENT_TOKEN_TO_BE_REPLACED 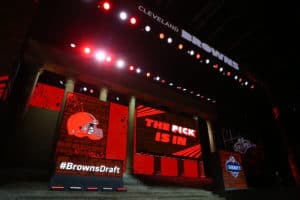 The Cleveland Browns won’t make the playoffs this year, but the team could still secure a top 10 spot in the 2020 NFL Draft. The Browns would have the 12th pick if the season ended after Week 16. Three other NFL teams — the Atlanta Falcons, the Denver Broncos and the New York Jets — also have 6-9 records. To move into the top 10, the Browns would likely have … END_OF_DOCUMENT_TOKEN_TO_BE_REPLACED