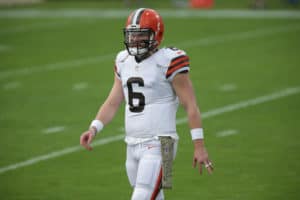 Talking about the playoffs in December and not the upcoming draft has been a good feeling for Cleveland Browns fans. The conversation about the Browns at this point in the year is typically, well, depressing. Things have changed though. One of the more drastic changes has been the conversation surrounding Baker Mayfield. Not often are quarterbacks in … END_OF_DOCUMENT_TOKEN_TO_BE_REPLACED 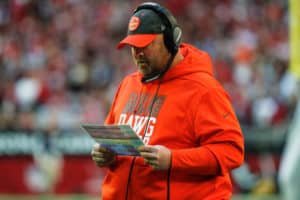 For most students who attend University of Alabama, the Crimson Tide football team is a significant part of their college experience. Such was not initially the case with Ginger Van Oder. Other than playing flag football with her sorority sisters, Ginger had little interest in football. She grew up in McLean, Virginia, where football is not the obsession that … END_OF_DOCUMENT_TOKEN_TO_BE_REPLACED 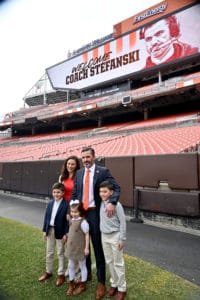 There is no doubt that being an NFL coach is a demanding, stressful job. It is critical that NFL coaches have a strong source of support at home as they navigate the daily pressures of life in the NFL. For Cleveland Browns head coach Kevin Stefanski, a key source of his support comes from his wife, Michelle. Michelle Stefanski was born as Michelle McCarthy on … END_OF_DOCUMENT_TOKEN_TO_BE_REPLACED 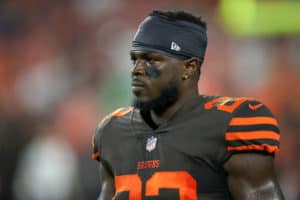 With the 25th overall pick of the 2017 NFL Draft, the Cleveland Browns selected University of Michigan linebacker Jabrill Peppers. Peppers lasted only two years with Cleveland before he was traded to the Giants in March of 2019. Since then, the fate of both franchises has changed. This is a look at how Peppers has fared in his season and a half with the … END_OF_DOCUMENT_TOKEN_TO_BE_REPLACED 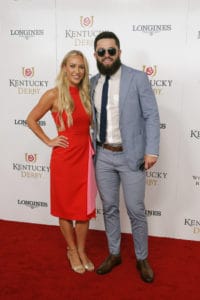 The talk of the town has been Cleveland Brown's QB Baker Mayfield, after a horrendous performance in Week 6 versus the Pittsburgh Steelers. It was only just a little over a week ago in which it was Baker trolling the media. Now, the national media has been criticizing him all week. Throughout the season, the one constant question surrounding the Browns was, … END_OF_DOCUMENT_TOKEN_TO_BE_REPLACED