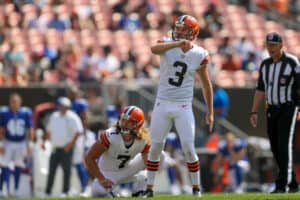 Cleveland Browns head coach Kevin Stefanski announced Monday that he is planning to start kicker Chase McLaughlin in the regular-season opener against the Kansas City Chiefs. “We’re going into game one with Chase for sure,” Stefanski said. “I mean, it’s a competition at every position throughout the season, but the plan was to have two kickers on the roster.” Last … END_OF_DOCUMENT_TOKEN_TO_BE_REPLACED 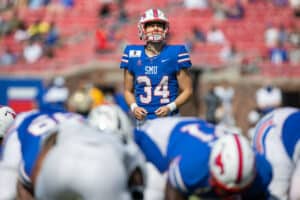 The Cleveland Browns announced Thursday they signed kicker Chris Naggar to their practice squad. The Browns still have one opening on their practice squad out of the total of 16 spots. Naggar, 23, is an undrafted rookie who had signed to the New York Jets out of SMU. The Browns could turn to Naggar if they don’t feel comfortable with kicker Chase McLaughlin … END_OF_DOCUMENT_TOKEN_TO_BE_REPLACED

NFL fans typically don’t care about the kicking situation of their team unless it’s an issue. While the Cleveland Browns aren’t panicking over who will be kicking their field goals this season, it’s a position in question right now in northeast Ohio. About a week ago, Cody Parkey was released from the team on injured reserve after a leg injury. That left … END_OF_DOCUMENT_TOKEN_TO_BE_REPLACED