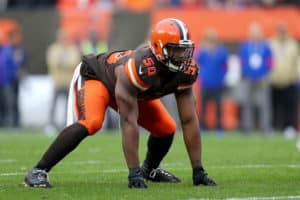 Chris Smith joined the Cleveland Browns in 2018 and played in all 16 games that year. Then came 2019 when tragedy struck Smith and his family. Smith's girlfriend was killed after being struck by a car in front of him just days after the start of the season. This was a senseless tragedy and Smith was able to find some sort of solace in his teammates as the … END_OF_DOCUMENT_TOKEN_TO_BE_REPLACED