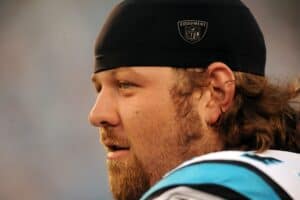 Cleveland Browns defensive end Jadeveon Clowney believes he can have success anywhere along the line of scrimmage. Clowney, 28, told media members on Thursday about how he enjoys facing offensive guards when he lines up on the interior or if he stunts inside from his defensive end position. “We love that matchup,” Clowney said of matching up against guards. “We … END_OF_DOCUMENT_TOKEN_TO_BE_REPLACED

Football analyst and former NFL offensive lineman Geoff Schwartz believes quarterback Baker Mayfield hamstrings the Cleveland Browns’ ability to win a Super Bowl. Schwartz explained his thinking during Tuesday’s edition of the “Minus Three Podcast.” “They’re not going to be good enough to win the Super Bowl with Baker Mayfield,” Schwartz said. “If you’re the … END_OF_DOCUMENT_TOKEN_TO_BE_REPLACED