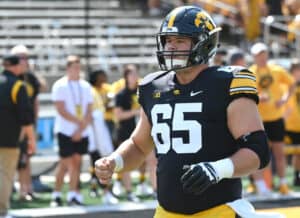 It is officially mock draft season! Just kidding, but that may be more of a reality than a joke in the coming weeks. Cleveland’s postseason push needs to start immediately after the bye week. Even then it could be too late. However, for those interested in the early mock drafts, we have you covered! CBS Sports recently released a mock draft for 2022 that … END_OF_DOCUMENT_TOKEN_TO_BE_REPLACED