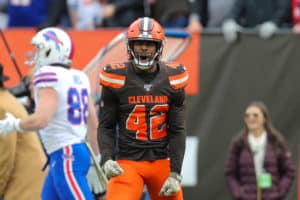 After an impressive 21-7 victory over the Pittsburgh Steelers, the Cleveland Browns are struggling to find healthy bodies on the defensive side of the ball. Myles Garrett is officially suspended indefinitely without pay. Olivier Vernon and Eric Murray are out with a lingering knee injuries. After issuing death threats via Twitter, Jermaine Whitehead was released. Demarious … END_OF_DOCUMENT_TOKEN_TO_BE_REPLACED