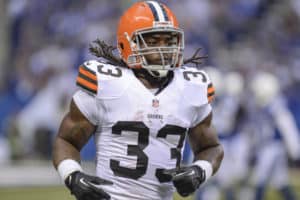 Trent Richardson, who was drafted third overall by the Cleveland Browns in 2012, is going to Mexico to play football: https://twitter.com/FieldYates/status/1363527847185375232 The last we had heard from Richardson and his football career was when he was in the Alliance of American Football. He was playing very well with the Birmingham Iron, as he led the … END_OF_DOCUMENT_TOKEN_TO_BE_REPLACED