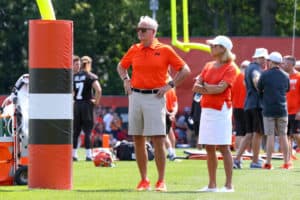 Plenty of people in Cleveland, and around the world, were uneasy when the Browns acquired Deshaun Watson. According to Peter King of NBC, that includes some NFL owners and executives. His recent report from the NFL Annual Meeting outlines some displeasure toward Browns owners Jimmy and Dee Haslam. However, per Mary Kay Cabot of Cleveland.com, the ownership … END_OF_DOCUMENT_TOKEN_TO_BE_REPLACED 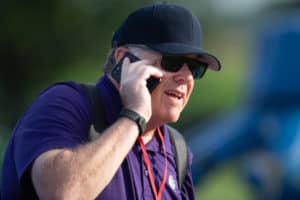 On Sunday, Peter King of NBC Sports revealed his updated NFL power rankings, and the Browns rose to No. 4: Kansas City Chiefs Tampa Bay Buccaneers Buffalo Bills Cleveland Browns San Francisco 49ers https://twitter.com/peter_king/status/1396675876390154244 Heading into the 2021 season, the Browns are rated very highly, and King is now one of the … END_OF_DOCUMENT_TOKEN_TO_BE_REPLACED