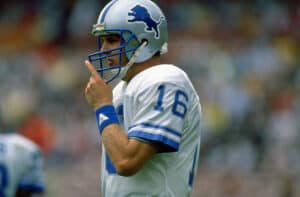 In the summer of 1985, the Cleveland Browns selected University of Miami quarterback Bernie Kosar in the NFL’s supplemental draft. The selection was highly controversial because of how Kosar maneuvered to become part of the supplemental process. There was also backlash against the Browns for their role in the process. However, when all was said and done, … END_OF_DOCUMENT_TOKEN_TO_BE_REPLACED

It’s common knowledge that former Cleveland Browns players Hanford Dixon and Frank Minnifield are credited with naming the Dawg Pound section of Cleveland’s old Municipal Stadium. Their voracious play and leadership for Cleveland in the heady days of the mid-to-late 1980s is legendary. However, there is often a third member of that secondary that is somewhat … END_OF_DOCUMENT_TOKEN_TO_BE_REPLACED

When a player is drafted in the first round of the NFL draft, the expectations for the player are set quite high. Immediate starter, future multiple Pro Bowler, and even eventual Pro Football Hall of Famer are among the predictions assigned to the player. Willis Adams was the first-round draft selection for the Cleveland Browns in the 1979 NFL draft. While … END_OF_DOCUMENT_TOKEN_TO_BE_REPLACED 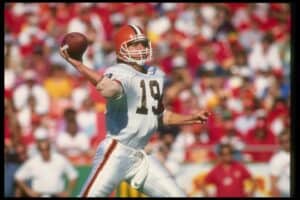 The mid-to-late 1980s was an exciting time for Cleveland Browns fans. Unfortunately, it was also a time of immense heartache. After both the 1986 and 1987 seasons, the Browns faced the Denver Broncos in the AFC Championship Game. Denver quarterback John Elway manufactured “The Drive” in the first game, leading to a tying score at the end of regulation. The … END_OF_DOCUMENT_TOKEN_TO_BE_REPLACED

In the NFL Draft, middle to late-round draft picks are mostly afterthoughts. Players selected in those rounds aren’t actually expected to make the team. Franchises typically use those picks for depth, special teams, or selections to be traded for veteran players. Therefore, the late-round athletes must work even harder to prove they belong. Carl Hairston … END_OF_DOCUMENT_TOKEN_TO_BE_REPLACED