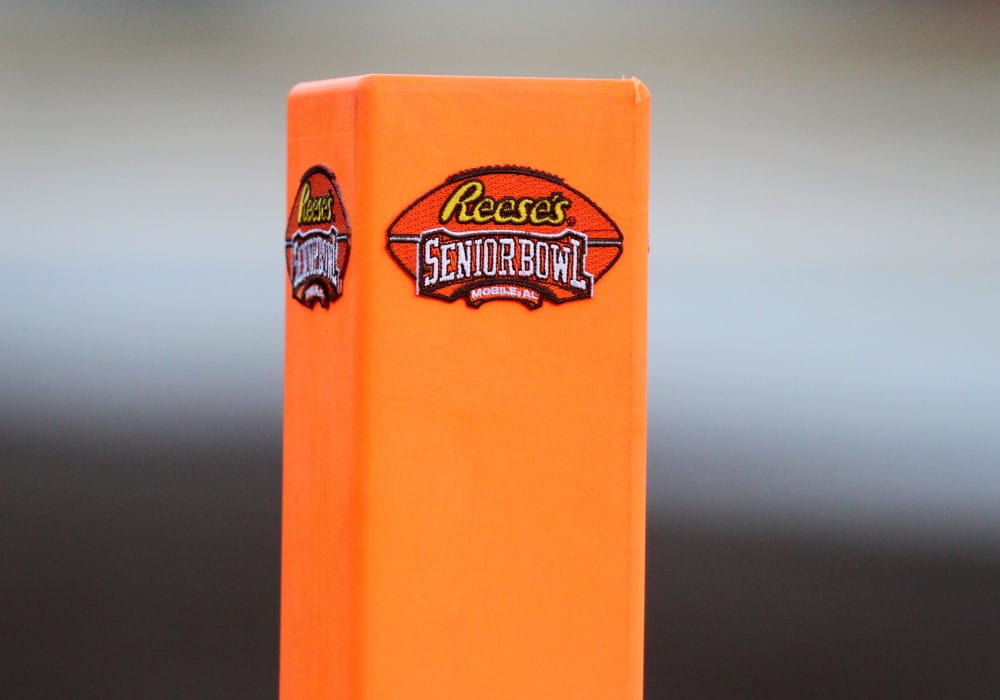 The college football season has officially come to a close.

With the NFLPA Collegiate Bowl and the East-West Shrine game both being cancelled, the Senior Bowl ended up being the last collegiate all-star game to be played.

The National side topped the American, 27-24 with Texas A&M senior quarterback Kellen Mond pulling down the MVP trophy.

While he impressed scouts and took home that MVP trophy, here are three other players that have improved their draft chances this year.

He impressed coaches all week, and was dubbed the best offensive lineman on the National side for holding his own against players who went to bigger nationally recognized schools.

He received playing time at both guard and center, and showed the discipline and smarts to play either position well.

Pro Football Focus said that Meinertz practiced and played himself into a definite Day 2 selection.

University of Wisconsin-Whitewater C Quinn Meinerz. Pushing dudes around on the field. An absolute gem. pic.twitter.com/xHEivAxely

Demetric Felton bounced between slot receiver and running back in his time in the gold and blue of UCLA.

He finished the 2020 season with 132 carries for 668 yards and five TDs, playing in only four games because of the pandemic.

In Mobile, Felton would also bounce back and forth between wideout and running back, impressing coaches with his versatility and ability to catch the football.

What truly impressed the Carolina Panthers’ Matt Rhule, who was coaching the National team, was his ability to learn the route tree and translate that practice and game speed.

UCLA RB Demetric Felton running WR routes in Mobile is BIG for his stock — dude is a stud.

During the game, he had two catches for 28 yards.

While his in game numbers weren’t big, his week in practice put him possibly being taken late on Day 2, but definitely on Day 3.

These types of games aren’t really fair for the defense.

They’re set up for coaching staff to rotate players in and out, so scouts can put some eyeballs onto every player that was picked for their respective teams.

After a year in which UCF played nine games, with Grant starting them all, he put up 72 total tackles, a sack, 2 forced fumbles and fumble recoveries, and three interceptions.

While he was primarily known as someone who played very well close to the line of scrimmage, he impressed scouts with coverage ability in Mobile.

UCF Safety Richie Grant has been impressive in the one on one’s. Man coverage ability is great to have for a safety. Love seeing him play the ball through the catch!! pic.twitter.com/fx5B2sqyVL

He did a good job in limited game time action as well.

Grant would be a great pick-up for any team that needs to shore up their defensive backfield in the second round.