You are here: Home / Daily News / 25 Years Ago Art Modell Announced ‘The Move’ To Baltimore 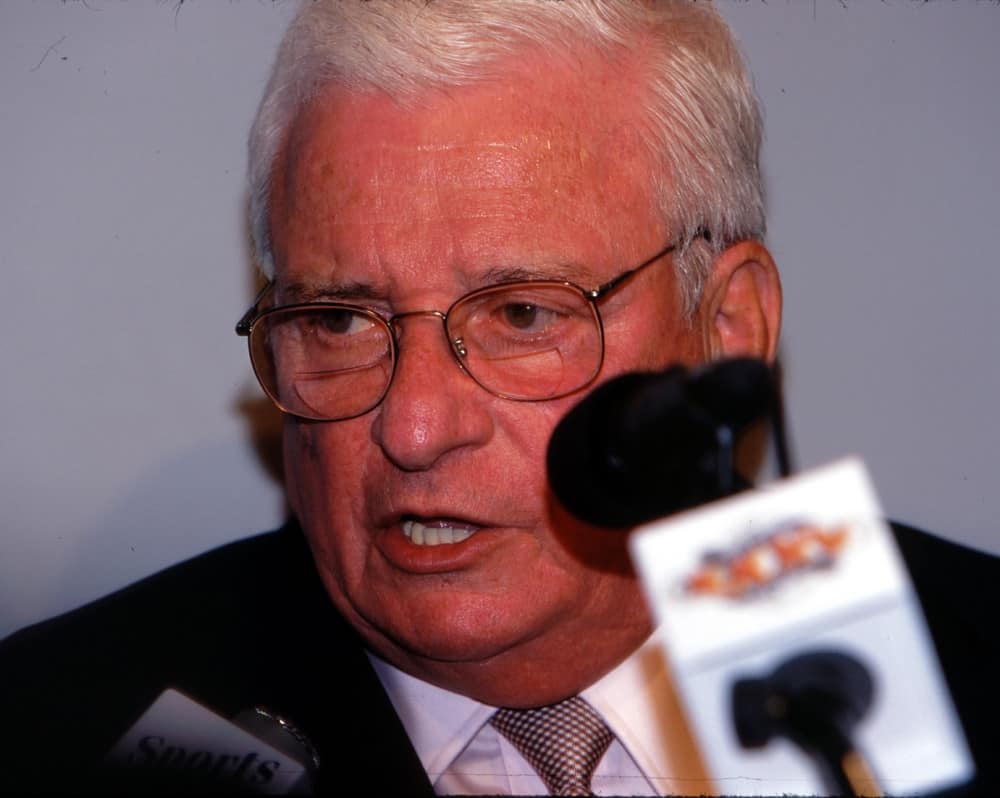 It’s difficult to believe that November 6, 2020 marks the 25th anniversary of the announcement that the Cleveland Browns would be leaving Cleveland to become the Baltimore Ravens.

This move made the cities of Cleveland and Baltimore more alike than people realized.

Baltimore suffered the loss of a football team, much more dramatically, in the middle of the night in 1983.

Though the city of Cleveland was devastated, at least the citizens learned about the move in the light of day.

He was in the middle of a 25-year lease for an aging Cleveland Stadium where he paid the expenses (to alleviate the city from doing so) and absorbed all of the revenue.

This arrangement worked out well while the Browns and Indians shared the stadium; Modell made money from the suites.

Though a lot of the money came from the Indians suite revenues, Modell did not share it.

When the Indians moved to Jacobs Field in 1994, things changed.

The suite revenue from the Indians wasn’t there, player salaries were increasing, and Modell began losing money.

As expected, Browns fans were devastated and angry with Modell.

There was a lawsuit, pulled sponsorships, and a lot of ugliness.

The city of Cleveland partnered with fans in the lawsuit, to no avail.

McDonalds, Revco, and Continental Airlines pulled their sponsorships so Modell felt the pinch even more.

For some reason, Modell’s toilet was even put up for auction.

An angry fan explained why he bought it.

“I wanted to see where Art Modell made all of his bad business decisions.”

Despite the fact that he would benefit financially, many believed Modell would not move the Browns.

He had been such a staunch critic of the Baltimore Colts moving to Indianapolis in 1983.

In the meantime, the Cleveland Browns are trying to focus on football while Modell is making this deal to alter the history of the franchise.

The Browns finished a disappointing 5-11 before moving out of town.

What Was Left Behind

Unlike the Indianapolis Colts, who took the history, colors, and name of the Baltimore organization with it, the Cleveland Browns kept the history of their franchise.

The team and colors were not sent to Baltimore.

Instead, the Ravens were considered an expansion franchise.

While the Browns were deemed inactive between 1996 and 1998, the Dawg Pound went silent.

Cleveland was left without a football team for the first time since 1935.

In exchange for the Browns moving to Baltimore during the 1996 season, the NFL agreed to demolish the decrepit Cleveland Stadium and build a new stadium on the same land.

The NFL reactivated the Browns in 1999 and held a Browns expansion draft.

No matter how much time goes by, the city and citizens of Cleveland always remember what happened to them on November 6, 1995.

Report: Denzel Ward Will Be Good For Training Camp

Executives Say Mayfield Could Be Popular Trade Target This Offseason