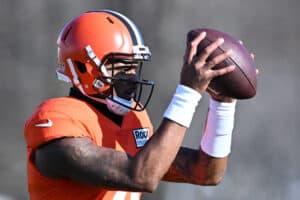 The Cleveland Browns have survived the first part of their schedule (somewhat, at least) with Jacoby Brissett starting at quarterback, as they hold a 4-7 record and are three games out of the final wild card spot in the AFC. But now it is time for them to turn things up, as Deshaun Watson will make his long-awaited debut on Sunday after serving his 11-game … END_OF_DOCUMENT_TOKEN_TO_BE_REPLACED 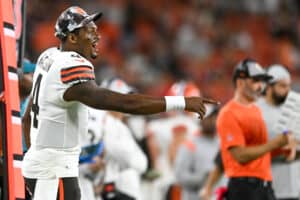 Cleveland Browns quarterback Deshaun Watson hasn't suited up for a single game with his new team yet, but it hasn't prevented him from establishing some roots in Northeast Ohio. He is starting to live large in The Land, as he recently purchased an ostentatious new house at a good price. https://twitter.com/sethberger24/status/1592991960742383616 Right after … END_OF_DOCUMENT_TOKEN_TO_BE_REPLACED 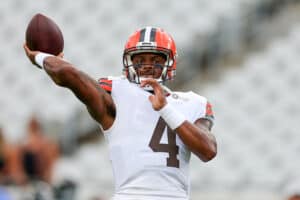 Throughout this offseason, the Cleveland Browns and their fans have been sweating about the type of discipline new star quarterback Deshaun Watson would be assessed due to the numerous sexual misconduct allegations he has faced. When independent arbitrator Sue Robinson issued a six-game suspension, the Dawg Pound breathed a sigh of relief, only to see the NFL file … END_OF_DOCUMENT_TOKEN_TO_BE_REPLACED 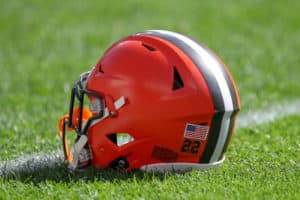 After initially being given a six-game suspension by independent arbitrator Sue Robinson, a retired federal judge, the Cleveland Browns' Deshaun Watson will end up missing the majority of the upcoming NFL season. The league decided to settle with Watson's camp, giving him an 11-game suspension and a $5 million fine while being required to also undergo an evaluation … END_OF_DOCUMENT_TOKEN_TO_BE_REPLACED

The Cleveland Browns are inching towards the start of the 2022 regular season, but they still don't know how many games quarterback Deshaun Watson will be on the field for. He was originally handed a six-game suspension by independent arbitrator Sue Robinson as a result of his sexual misconduct allegations, but the league appealed the decision. Commissioner … END_OF_DOCUMENT_TOKEN_TO_BE_REPLACED