You are here: Home / Daily News / Buy Or Sell: Cleveland Browns Will Finish 9-7 Or Better 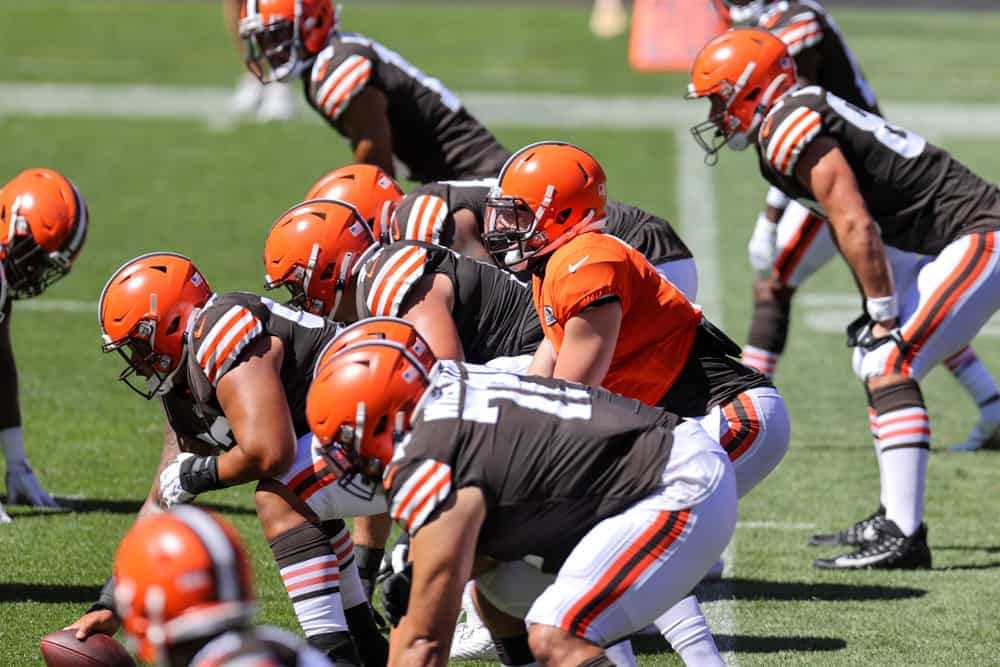 The Cleveland Browns have hit their Week 9 bye week of the 2020 season.

It has been a fairly successful first half of the year for the Browns.

They currently sit at 5-3 and remain in the playoff picture for the first time in what feels like forever.

Sadly, Cleveland is heading into their bye week off a tough 16-6 loss to the Las Vegas Raiders.

It was a disappointing performance by Cleveland after the Browns offense showed signs of improvement the week prior.

It’ll be interesting to see if the Browns find a way to stay consistent or fade away in the second half of the year.

Can they finish the season at 9-7 or better?

Looks take a look at reasons to buy or sell on this thought.

Luckily for Cleveland, they have a fairly favorable schedule the rest of the way.

They come out of the bye week with matchups against the Houston Texans, Philadelphia Eagles, and Jacksonville Jaguars in the first three games.

Two of those teams have one win on the season and the Eagles have been destroyed by injuries.

It gets a little tougher with games against the Tennessee Titans and Baltimore Ravens.

Both of those games should be a good challenge for Cleveland.

After that, Cleveland gets basically two free wins versus the New York Giants and New York Jets.

At this point, both of those teams are seeing who can tank harder for prized Clemson quarterback Trevor Lawrence.

Even an injury-riddled Browns roster should be able to easily handle both New York teams.

Cleveland closes out the season with a matchup against the Pittsburgh Steelers.

Realistically, the Browns are looking at a 10-6 record to finish the year.

The Browns have looked inconsistent at times in the first half, but have pulled out the wins in the games they were expected to win.

This team has a strong enough roster to overcome weaker teams like the Jets, Giants, and Jaguars.

The Browns were able to pull off wins against the Indianapolis Colts and Dallas Cowboys, which could be huge at the end of the day for them.

As already mentioned, the Browns have a fairly favorable schedule the rest of the way.

However, those games aren’t guaranteed wins just because Cleveland is favored in them.

In Week 7, the Browns nearly lost to the Cincinnati Bengals, but quarterback Baker Mayfield led them to a second-half comeback victory.

This offense finally clicked versus the Bengals, but then scored six points versus the Raiders in their next contest.

Cleveland does have a strong roster and a favorable schedule, but that might not be enough.

The Browns could lose one or two of these winnable games and cost themselves a chance at the playoffs.

Hopefully running back Nick Chubb will be able to return after the bye week.

However, this offense will be asked to carry the Browns in the second half.

The Cleveland defense has already allowed 30 or more points in five of their eight games this season.

Mayfield will need to be able to find some consistency in order for the Browns to stay competitive in the second half.

3 Things Browns Need To Do To Make The Playoffs