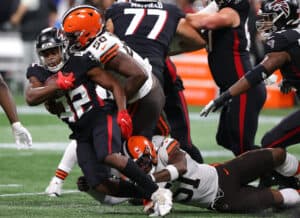 After two wins in their first three games this season, the Cleveland Browns have seemingly found some stability after a tumultuous offseason. They're set to face the Atlanta Falcons this Sunday in Week 4, and it is a contest that shouldn't be presumed to be an easy one. Atlanta is just 1-2 on the season, and defeating them could be difficult, especially given … END_OF_DOCUMENT_TOKEN_TO_BE_REPLACED 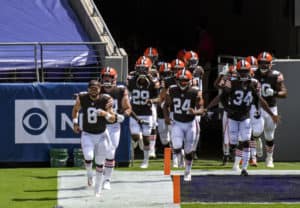 This will be a busy offseason for Cleveland Browns General Manager Andrew Berry. Following a disappointing 8-9 season, it isn’t quite back to the drawing board completely. However, there are roster questions that need addressed. There are a handful of unrestricted free agents looking for their next contract. Plus, the NFL Draft will once again allow Berry … END_OF_DOCUMENT_TOKEN_TO_BE_REPLACED 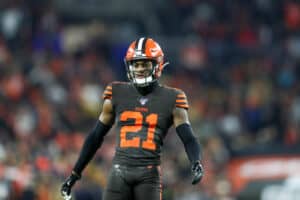 Cleveland Browns cornerback Denzel Ward is hoping to say goodbye to Pittsburgh Steelers quarterback Ben Roethlisberger the same way he introduced himself three years ago. Ward intercepted Roethlisberger twice in the 2018 season-opening game in a 21-21 tie between the Browns and Steelers. “Yeah, my first rookie game, I remember going against (former Steelers wide … END_OF_DOCUMENT_TOKEN_TO_BE_REPLACED 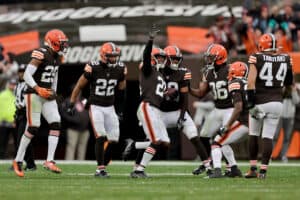 Denzel Ward delivered perhaps the most important hit of the season on Sunday as he tackled Ravens receiver Rashod Bateman short of the first-down sticks. The tackle secured the ball back for Cleveland, the victory, and ultimately keeps postseason hopes alive in northeast Ohio. https://twitter.com/Browns/status/1470139220740263941 In year four, Ward continues … END_OF_DOCUMENT_TOKEN_TO_BE_REPLACED 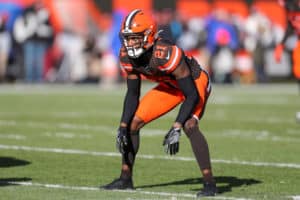 When you talk about the Cleveland Browns defense, it’s impossible to leave out Denzel Ward in the conversation. The cornerback out of Ohio State has cemented himself as a member of Cleveland’s secondary and looks to be a part of the team’s plans for years to come. https://twitter.com/PFF_Browns/status/1350156411314073604 Still, fans seem to have a split … END_OF_DOCUMENT_TOKEN_TO_BE_REPLACED