You are here: Home / Browns History / What Are Cleveland Browns Fans Called? (What To Know)

What are Browns fans called?

Fans of the Cleveland Browns are known to be among the most dedicated and rambunctious in the NFL.

Their designation as members of the Dawg Pound has been an institution for nearly 40 years.

But where did this name come from, and how has it changed over the years?

How the Dawg Pound Got Its Name

The Dawg Pound is the section of the Browns stadium reserved for the most dedicated and wild Browns fans.

People who hang out in this section are those who are most likely to dress up like dogs or Brownie the Elf, probably drink a lot of beer, and jeer the opponent wildly.

Their dedication is among the highest of any sports team in the nation.

But the Dawg Pound wasn’t always an official designation for Cleveland fans and is a relatively new concept.

And unlike the name of the team and their official mascot, the origination of the Dawg Pound is something entirely organic and which originated as a strange ritual between the fans and the players.

In this way, the Dawg Pound is a very natural aspect of the Cleveland team and is something that fans not only love but encourage in others.

During the 1985 training camp in Kirkland, Ohio, defensive players were getting frustrated with their inability to get into the backfield.

The Browns had a solid offensive line who held back their teammates and let then-rookie quarterback Bernie Kosar have all the time in the world to make passes.

This situation frustrated the defenders who came up with a game that they believed would help up their defensive capabilities and throw Kosar off his game.

This game originated between Frank Minnifield and Hanford Dixon, two defensive backs who had a strong rapport with each other.

Their game was straightforward – they imagined themselves as dogs and Kosar as a cat.

The mental image was amusing and loosened them up a little.

They even got into the act by barking on the field during passing plays while they attempt to break through the front line – the barks got particularly loud if they sacked the quarterback, forced a hurry, or got an interception.

The amusement this caused in the defensive squad spread, as the rest of the team started following suit.

And since Cleveland fans are very dedicated, a large number attended these training camps and started in on the barking to encourage the team further.

When the regular season started, these fans came to the games and continued the barking.

Most of this behavior started in fans who preferred to hang out in the cheaper seats at the east end zone.

Soon, many excited – and drunk – fans in this part of the stadium started barking as loud as they could during games, much to the team’s amusement.

The story could have ended there, but Dixon and Minnifield were so into the idea that they pained up a sign the next season to hang near this area.

The sign stated, “Dawg Country. No Cats Allowed” and featured several pictures, including a junkyard dog wearing Dixon’s jersey while choking a cat.

Fans were thrilled by the painting and quickly adopted the Dawg Pound moniker.

Those who sat in the Dawg Pound not only participated with regular marathons of distraction barking while the opposing team was on offense but often showed up to games dressed as dogs.

Even if some didn’t wear full costumes, many fans would wear masks, hats shaped like bones, and much more.

The legend of the Dawg Pound was firmly established and become a critical part of Cleveland sports lore.

How the Dawg Pound Has Changed

When the new Cleveland stadium opened in 1999 – after the old stadium was closed following the departure of the original Browns – team officials named the east end the Dawg Pound in honor of the past team.

This new area is a bit different than the old one in a few different ways.

For example, the section has two decks, which allows more fans to relax and enjoy the game in there.

And a more significant number of official branding and logos have been emblazoned across the seating area.

Some fans were not happy with this change, though, as they believed that it was a more corporate atmosphere that was less appealing than the wilder and more spontaneous origin of the Dawg Pound.

However, a new generation of fans have embraced the area and have helped to keep Browns games exciting, sometimes unpredictable, and as wild as ever.

For example, fans pelted the field with plastic beer bottles in 2001 after a call that they didn’t like, which caused the officials to end the game and which forced then-commissioner, Paul Tagliabue, to force the end of the game, in spite of increasing debris. 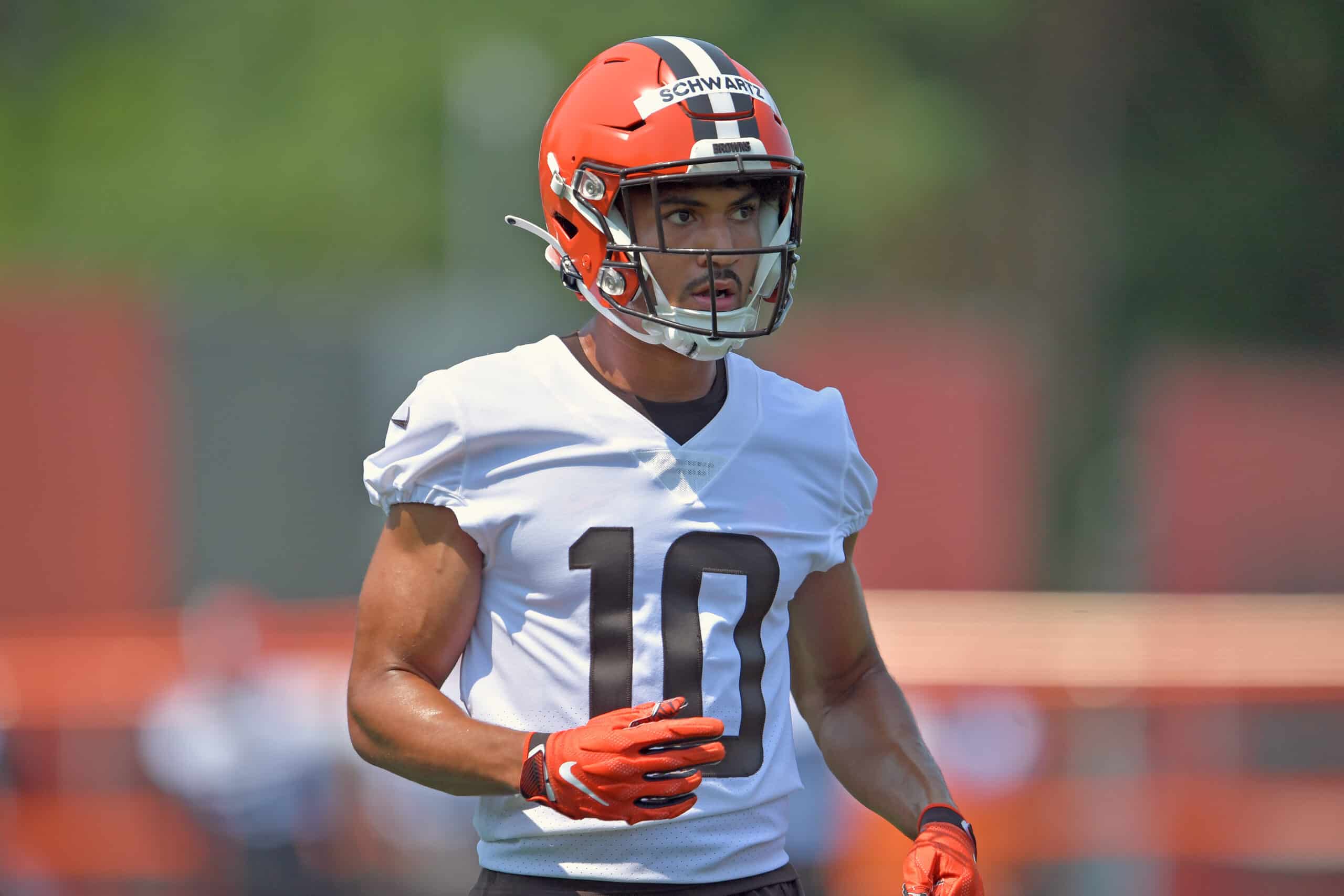 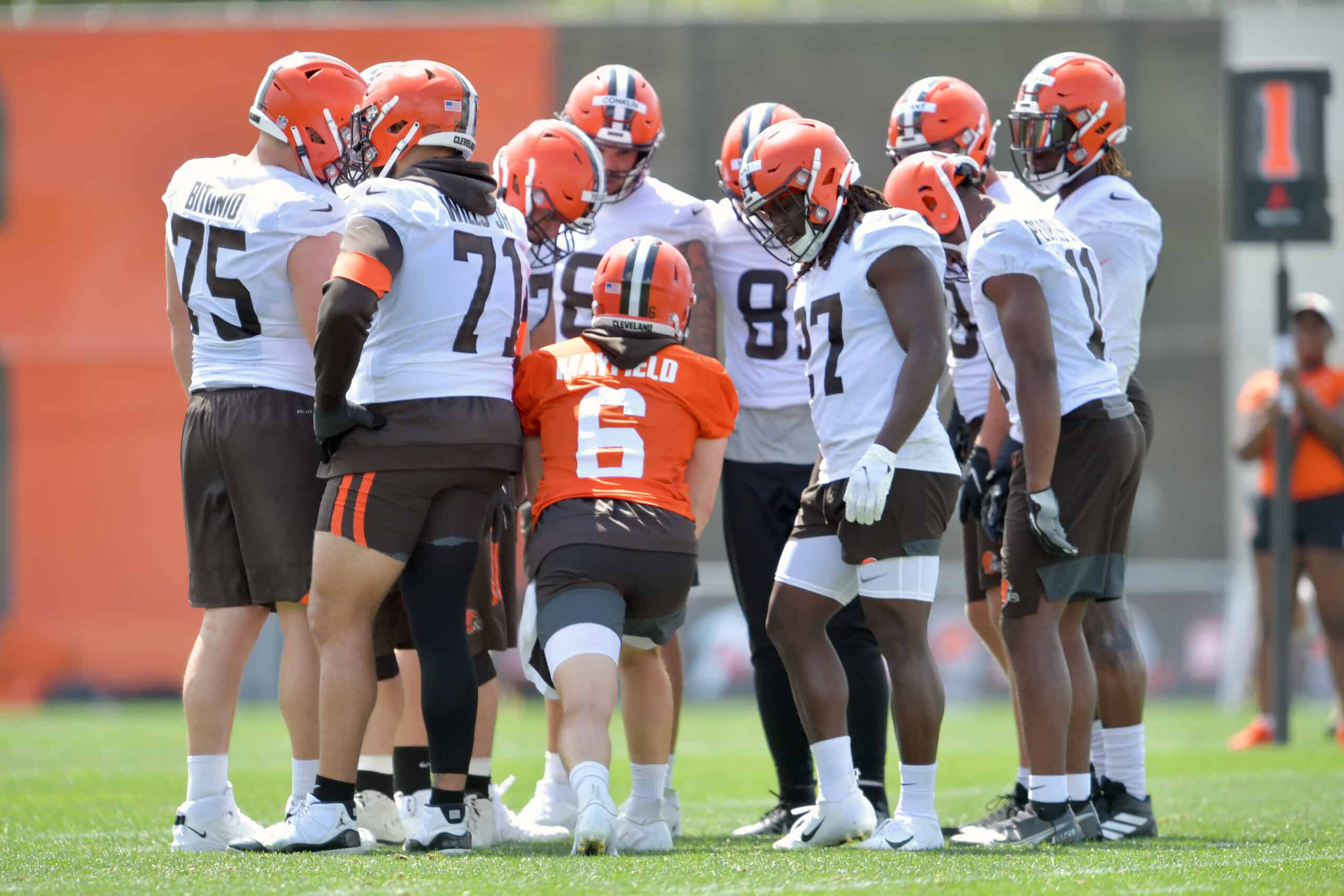 News And Notes From Day 3 Of Browns Training Camp