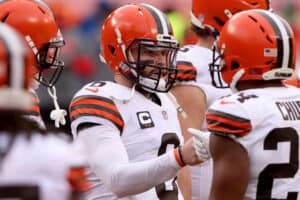 Cleveland Browns head coach Kevin Stefanski announced Wednesday quarterback Baker Mayfield will not start the team’s preseason opener. The Browns open the preseason Saturday night on the road against the Jacksonville Jaguars. “Baker is not going to play in this game,” Stefanski said. “I’ll give you that one, (analyst) Tony (Grossi).” With Mayfield resting, … END_OF_DOCUMENT_TOKEN_TO_BE_REPLACED 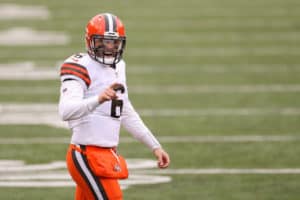 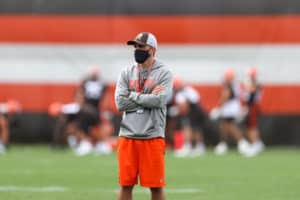 Anything that could go wrong for the Cleveland Browns on Sunday did. One particular name with tons of concern around them is quarterback Baker Mayfield. Mayfield has been dealing with rib issues over the past week and was questionable heading into the Pittsburgh game. After struggling to put together consistent drives and taking a number of big hits, Mayfield … END_OF_DOCUMENT_TOKEN_TO_BE_REPLACED 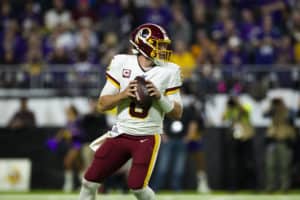 At first glance, it seemed quite odd for the Cleveland Browns to add veteran quarterback Case Keenum this offseason. The 32-year-old quarterback has plenty of experience, but it's unclear if he was worth $18 million over the next three seasons. https://twitter.com/FinishTheBiz/status/1239667969510309889 The Browns have Baker Mayfield who is hopefully going to … END_OF_DOCUMENT_TOKEN_TO_BE_REPLACED 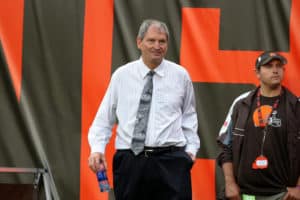 The last Cleveland Browns quarterback to win a division title had some words of wisdom for Baker Mayfield. During a Friday appearance on 92.3 The Fan’s “Bull and Fox” show, Bernie Kosar said he thinks Mayfield can handle the competition from veteran quarterback Case Keenum, whom the team signed in free agency. “This year with a new coach and new system, and an … END_OF_DOCUMENT_TOKEN_TO_BE_REPLACED