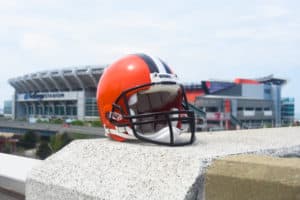 On Thursday, the Cleveland Browns hired former Green Bay Packers area scout Charles Walls. Walls had been with the Packers organization since 2013 and most recently covered the Southwest region. https://twitter.com/MaryKayCabot/status/1263491495182635008 For the Browns, Walls will be a national scout, a promotion over his previous area scout position. The … END_OF_DOCUMENT_TOKEN_TO_BE_REPLACED