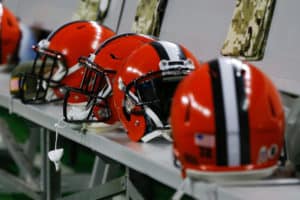 The 2007 Cleveland Browns were robbed of the sixth and final playoff seed in the AFC during the final week of the season. Thanks, Jim Sorgi. Now, however, the NFL is considering expanding the playoff field which would have allowed that Browns team to make a run over a decade ago. All 32 NFL owners will be meeting today in New York City to vote on and review … END_OF_DOCUMENT_TOKEN_TO_BE_REPLACED