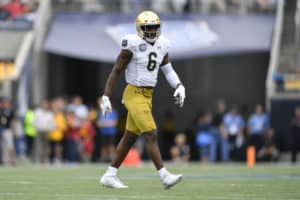 NFL Network analytics expert Cynthia Frelund is a fan of the Cleveland Browns’ offseason strategy. Frelund said the Browns’ second-round selection of Notre Dame linebacker Jeremiah Owusu-Koramoah was “probably the steal of the draft” during her Tuesday appearance on 92.3 The Fan’s “Bull and Fox” show. “He doesn’t fit on every single team, so some people are less … END_OF_DOCUMENT_TOKEN_TO_BE_REPLACED