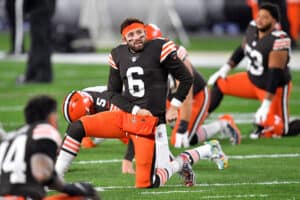 “There’s always next year!” was a phrase uttered far too often when it came to describing the Cleveland Browns. Now, following the team’s first playoff appearance since 2002, the Browns are in a win-now position. Fans don’t want to be told that “their time” will come in five years. But, what if the best of both worlds was true? It just might be, as … END_OF_DOCUMENT_TOKEN_TO_BE_REPLACED