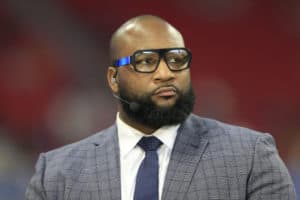 ESPN analyst Marcus Spears believes the Cleveland Browns have the AFC's best roster on paper heading into training camp. Spears compared the Browns to the Kansas City Chiefs during Monday’s edition of ESPN's “NFL Live.” “Myles Garrett is better than anybody on the team outside of Patrick Mahomes and Travis Kelsey,” Spears said. “Look, I got [the Browns] as … END_OF_DOCUMENT_TOKEN_TO_BE_REPLACED