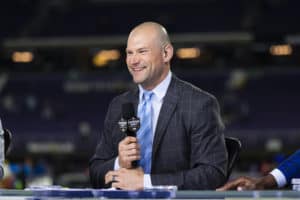 Pro Football Hall of Fame quarterback Peyton Manning wanted to get as much help as possible on the Denver Broncos’ offensive line while trying to win his second Super Bowl title. Manning wanted the Broncos to trade for Browns legend Joe Thomas ahead of the 2015 trade deadline, but Thomas didn’t want to leave Cleveland. Thomas explained the story of a 2015 phone … END_OF_DOCUMENT_TOKEN_TO_BE_REPLACED