You are here: Home / Daily News / 3 Keys To The Game For Browns Against Ravens In Week 1 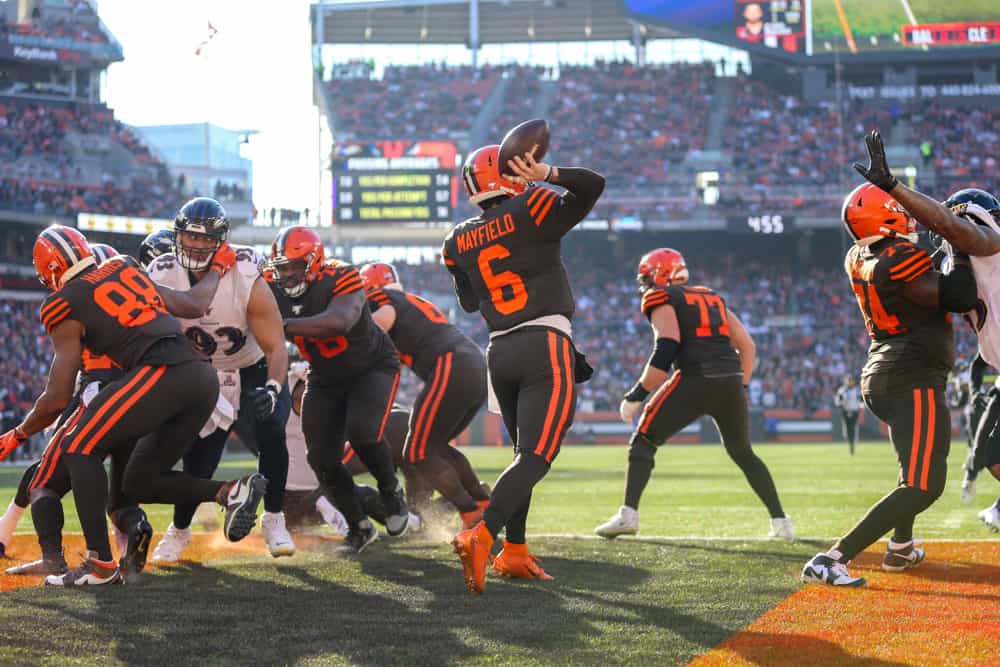 Starting the season off 1-0 will be a tall task for the Cleveland Browns.

The Browns begin their playoff aspirations against one of the AFC’s top teams in the Baltimore Ravens.

To make matters worse, the game will be on the road.

In order to pull off the upset, the Ravens are 7.5-point favorites, the team will need to do the following.

1. Hold The Prime Rushers To Under 150 Yards

When I mean prime rushers, I am mainly talking about Lamar Jackson, Mark Ingram, and Gus Edwards.

Jackson, the reigning league MVP, was a monster last year.

If the Browns are going to truly stay in this game, their rush defense will have to be at least average.

Jackson is going to get his rushing yards but the question is how many?

Can the Browns keep Jackson under 100 yards?

Last year, the Browns were the 30th ranked rush defense (144.7 yards allowed per game) and the team has a new defensive coordinator.

There a lot of question marks and this will be the true first ultimate test.

2. Force Ravens Out On Third Down

Take a look at these crazy stats.

Want to know why the Ravens offense was so good in 2019?

Again, it’s no secret how dominant the Ravens were on offense.

When the Ravens were 20-yards or fewer away from the goal line, the Ravens scored a touchdown 67.2% of the time.

Realistically, the Browns are not going to hold the Ravens below 20 points.

When the Browns defeated the Ravens 40-25 last year, there were two numbers that stuck out.

In order for the Browns’ offense to keep pace, Mayfield is likely going to have to put up another 300-yard performance.

Jackson’s ability as a dual-threat quarterback means that Mayfield has to keep pace someway.

Throwing the ball and completing at least 66% of his passes could keep pace with Jackson’s potential night.

In the loss, the Ravens rushed for 173 yards, while Chubb put up a monster night.

The Browns are going to need a replicated effort with hopefully Kareem Hunt pitching in.

3 Bold Predictions For Browns Versus Ravens In Week 1