And it wasn’t always as complimentary as it turned this season.

Back in 2015, Dee and Jimmy Haslam introduced one of the most reviled combinations of orange, brown, and white in history.

Fans hated the Browns’ new uniforms with a passion.

But they were stuck with them for five seasons, thanks to the NFL’s uniform change policy.

.@Nike & @NFL unveil 2016 Color Rush uniforms for all 32 teams to be worn during #TNF Which is your favorite? pic.twitter.com/zTj1qFJ4pH

Cleveland unveiled a deep brown jersey and pants with solid orange numbers and stripes on the pants and shoulders.

Promoters claimed the uniform initially appeared black before the brown hues were realized.

Fans were happy with the look, but it would be a while before the Browns wore it in a game.

Why the Browns Were Last To Sport Color Rush

Cleveland’s Color Rush debut was scheduled against the Baltimore Ravens late in 2016.

But a national television audience would not get to see the Browns’ sporty new duds until Week 3… of 2018.

That was because of an issue Nike and the NFL failed to consider when choosing each team’s Color Rush shade.

Wait so the #Browns announce 2016 #ColorRush uniforms they won’t be wearing in 2016? Hmmmm. Something isn’t right… https://t.co/SJFaQugzyh

One of the 2015 trial games was played between the New York Jets and Buffalo Bills.

Millions of Americans are color blind, with red and green the most common form of the malady.

There were 10 million potential viewers who could not discern the players from what looked like two brown teams.

Purple-Brown color blindness is another common form of the affliction.

Cleveland wound up wearing white against Baltimore and found themselves without a Color Rush game on the schedule in 2017.

That season, the team sacrificed a home team by playing in London.

Despite the reception of their regular uniforms, the Browns did not use the Color Rush as alternate uniforms in any other game.

Week 3 of the 2018 season marked two triumphant debuts for the Cleveland Browns.

Not only did rookie quarterback Baker Mayfield lead the Browns to a 21-17 comeback win over the Jets.

The win gave Cleveland a 1-1-1 record and matched the team’s win total over the past two seasons.

Did you like the Cleveland Browns color rush uniforms? We know the boys at @PardonMyTake did. The Browns won in them.

So now they're wearing them again in two weeks against the Ravens:https://t.co/3UvNUBhV6V pic.twitter.com/nJTV61K5Ah

Cleveland asked for permission to use the uniforms twice more in 2018.

In Week 5, a last-second overtime field goal beat the Ravens, and Color Rush was 2-0.

Mayfield and the Browns made it a trifecta, taking care of business against the Bengals in Week 12.

But the NFL allowed teams to use the popular option as an alternate uniform in 2019.

That suited the Browns just fine.

Cleveland went to work before 2019 to redesign their unpopular regular uniforms.

Meanwhile, the Color Rush’ popularity soared among Browns fans and players after its 3-0 performance.

Cleveland asked for and received permission to use the all-brown option as their primary home uniform in 2019.

The decision was as much a part of the preseason hype as new head coach Freddie Kitchens and wide receiver, Odell Beckham Jr.

The @Browns look to be going all in with the Color Rush unis this season.#uniswag pic.twitter.com/i13R9fL11Z

Alas, there was no magic left in the Color Rush as evidenced by Cleveland’s 2-4 home record in the alternates.

But it was the seventh game in Color Rush hues that drew the most attention to the Cleveland Browns.

Cleveland appealed to use the dark brown uniform in a game at Denver, who often wears white at home.

But nobody checked with the Broncos about their plans.

The Broncos and Browns are really testing my "way more football games should be played with color vs. color uniforms" worldview: pic.twitter.com/px6UuCqAbM

When they hit the field in their orange jerseys, confusion reigned in living rooms across America.

Piles of orange, brown, and white made it difficult to discern what was happening.

Before the 2020 season, Cleveland unveiled a massive overhaul of their uniforms.

True to ourselves.
True to our loyal fans.
True to who we’ll always be.https://t.co/VwRW3sfRSx pic.twitter.com/HbQYZQEu9N

For the most part, the organization paid homage to the uniforms of their glory days.

But the survival of a Color Rush option was prominently reported by everyone.

Despite the disappointment of the previous season, the deep brown uniform remains popular in Cleveland.

Stripes were removed from the pants and the shoulder pads, giving the uniform a simpler look.

This further differentiates them from the team’s new look which includes brown jerseys with shoulder stripes.

Cleveland has been alternating orange and white pants with those uniforms.

The 2020 Color-Rush combo debuted in the Browns Week 4 road victory over Dallas.

That makes it undefeated in 2020 and a welcome alternate to the Browns new look. 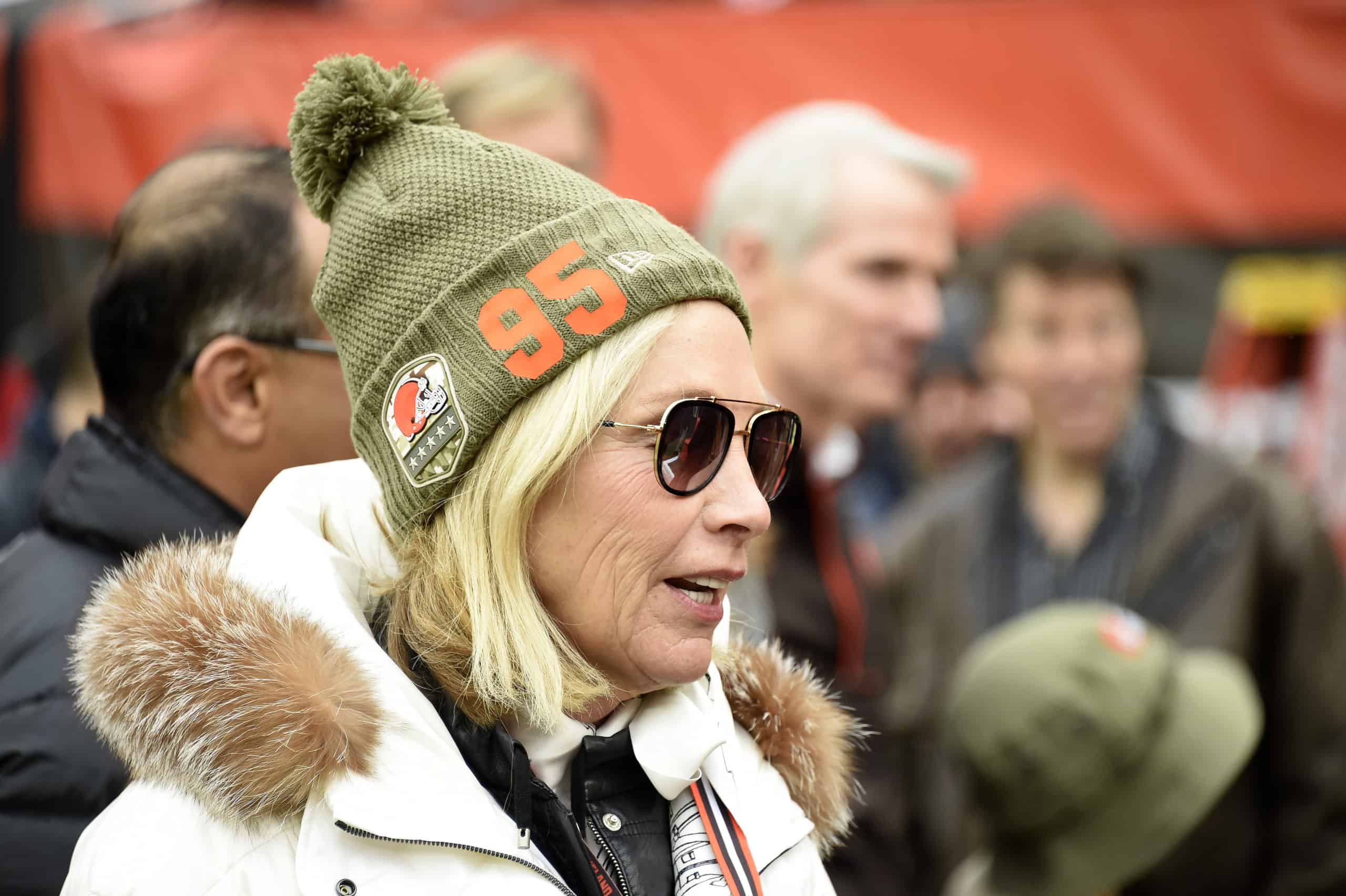 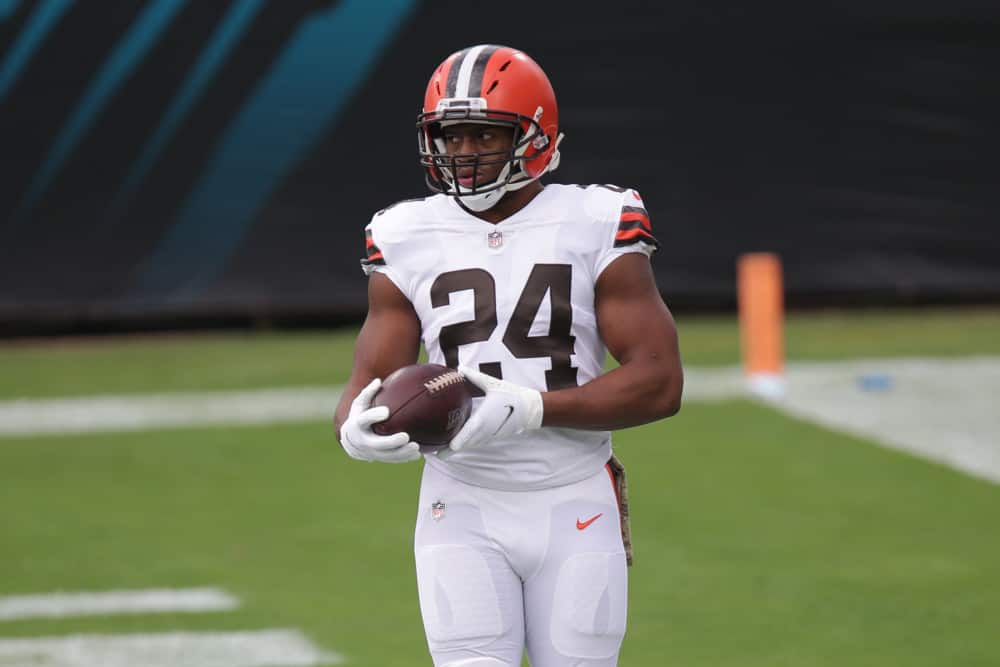