You are here: Home / Daily News / Cleveland Browns Projected Starters On Defense For 2020

The Cleveland Browns are hopeful for better results after a below-average performance by their defense last season.

They hired a new defensive coordinator in Joe Woods this offseason.

He is expected to make some changes, but the base four-man front should remain the same.

The team may decide to primarily use nickel packages and just two linebackers.

It sounds like a few changes will be coming to Cleveland this season.

Which players are expected to lead the charge and be a starter heading into the 2020 season?

Defensive coordinator Woods mentioned that the organization will continue to use a four-man front.

The biggest name on the defensive line is superstar pass rusher Myles Garrett.

Garrett was limited to 10 games last season, but managed to play well before being suspended.

The Browns are excited to have Garrett back on their D-line this season.

Defensive end Olivier Vernon will hope for a bounce-back season in 2020 after his first year in Cleveland was a bust.

He dealt with knee issues that limited him to 10 games last season.

Rounding out the D-line will be Larry Ogunjobi and Sheldon Richardson.

Both players are coming off solid campaigns in 2019 and are hopeful that they can continue to play well.

The linebacker spot is not as strong as the D-line area in Cleveland.

22-year-old Mack Wilson is coming off a solid rookie season as a 14-game starter last year.

He recorded 82 tackles, one fumble forced, and one interception during his rookie season.

After that, the Browns depth takes a bit of a hit at the linebacker spot.

Four-year veteran B.J. Goodson is projected to claim one of the starting linebacker jobs this season.

He finished with 37 tackles through 15 games (nine starts) with the Green Bay Packers in 2019.

The last linebacker spot is expected to be filled by Sione Takitaki.

The second-year player was a reserve option for Cleveland last year.

He collected 21 tackles through 15 games (one start) for the Browns last season.

The linebacker spot is the biggest weakness for the Browns going into the 2020 campaign.

The good news for Cleveland is they have some of the best young talent in their secondary.

Both Greedy Williams and Denzel Ward are expected to be a dynamic duo for years to come in Cleveland.

The Browns selected Williams in the second round of the 2019 NFL Draft.

He recorded 47 tackles with two tackles for loss during 12 games in his rookie campaign.

Ward regressed a bit from his rookie campaign, but that shouldn’t concern Browns fans.

Both players should be lockdown options for multiple years in the NFL.

The Browns selected LSU safety Grant Delpit during the second round of the 2020 NFL Draft.

He finished with 65 tackles, two sacks, and two interceptions during his final year in college.

“With the 44th pick in the 2020 NFL Draft the Cleveland Browns select … Grant Delpit, Safety, LSU.”

Delpit is projected to win the starting free safety spot during the preseason.

The other safety next to him will be four-year veteran Karl Joseph.

He has been a fairly solid option during his first few seasons with the Oakland Raiders.

The biggest concern for Joseph is injuries, but he has been reliable when he’s on the field.

The Browns appear to have a young and talented group of players on defense.

Cleveland could end up having a top tier defense if everything comes together for this team. 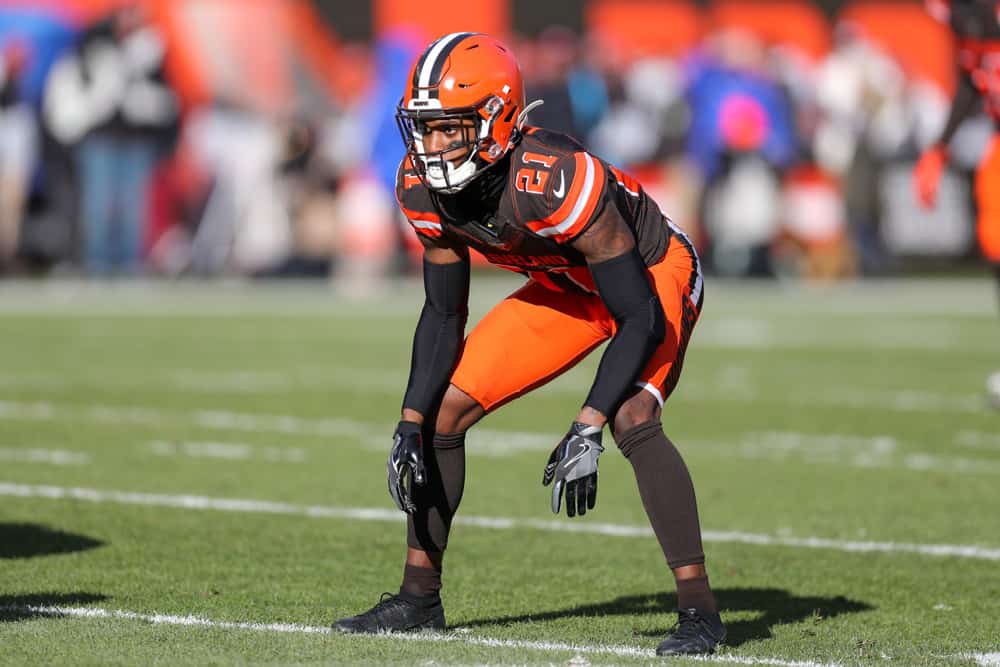