Not too long ago fans were excited over the pairing of Freddie Kitchens and Baker Mayfield.

Of course, we now know that duo should never have been aligned. 2019 turned disastrous for the Cleveland Browns with those two leading the team.

Now three years later and they’re both elsewhere in the league.

As his former head coach, Kitchens has some thoughts on Baker’s move to Carolina.

In an interview with SiriusXM NFL Radio, Kitchens says he is “excited” to see Mayfield’s career with the Panthers and that things for the quarterback are “looking up”.

Former HC Freddie Kitchens discussed Baker Mayfield's career, his shoulder injury last year, as well as the passion he plays the game with…

"I would say that [his passion is] an attribute that he has. It's not necessarily a detriment."

The Baker of Old?

Kitchens saw Mayfield at one of his highest points during his time in Cleveland.

His promotion to offensive coordinator after the firing of Hue Jackson in 2018 allowed him to develop a relationship with Baker.

“He finished second in the league in rookie of the year votes, he set a rookie touchdown record”, Kitchens explained in his interview this week. “In the second year he had two 1,000-yard receivers and a 1,500-yard rusher”.

An offensive explosion from Mayfield and the Browns had many singing their praises heading into the 2019 season.

The Browns, with a potent offense and budding defense, seemed to be back.

Only, they weren’t, as that 2019 season presented constant issues.

The duo that once received credit for revitalizing football in Cleveland were quickly becoming the two holding the franchise back.

The blame last night certainly can go to Freddie Kitchens, tough to argue! but… While I am still a big Baker Mayfield supporter, he is the QB that needs to find a way to win that game #Browns @wkyc

The hope for the Panthers is that Mayfield can return to the version of himself that set rookie touchdown passing records.

He’s shown flashes of greatness since that first season, particularly in the second-half of 2020.

Kitchens saw high quality play from Mayfield in Cleveland and thinks he can translate that success to Carolina.

The true impact of Mayfield’s torn labrum on his left shoulder last season has been discussed to no end.

Some argue it torpedoed his season while others feel it was an inevitable decline.

I will argue this until the day I die: If Baker Mayfield didn't stubbornly try to play with a torn labrum in his non-throwing shoulder, he would still be the starting QB of the Browns.

The dude should've been on IR. His mechanics were incredibly fucked up with the sling.

"It wasn't just the shoulder injury.. He also had a foot injury, a rib injury…he was really banged up last season…I think Baker's really confident and comfortable…I think we get the best version of him going forward."

Kitchens, a former quarterback who’s had his fair share of bumps and bruises, is in Mayfield’s corner on this one.

“The labrum, and I know from experience the off-shoulder is sometimes more important than the on-shoulder as far as controlling accuracy of the ball and things like that”, Kitchens said. “I think that definitely impacted him”.

There’s no denying that Baker’s been forced to adapt quite a bit since entering the league.

Multiple head coaches and general managers while in Cleveland made having an aligned vision difficult.

“Playing quarterback… you have to have the same vision and everything as your head coach and your coordinators,” Kitchens told the SiriusXM hosts.  “And when that vision sometimes changes, it’s definitely a detriment.”

How Mayfield handles yet another shift with the trade to Carolina could determine how much (or little) success he has.

Attitude Adjustment, or No?

If Browns fans learned anything about Mayfield it’s that he is fiery and competitive, almost to a fault.

The constant “chip on the shoulder” mentality is something Mayfield carries.

Plus, playing through a torn labrum is extremely admirable but objectively hurt his team long-term.

As a result, Mayfield’s character and attitude has been put under scrutiny. Does that make him a liability?

“I don’t know if I totally agree with that,” Kitchens said on the radio. “You want to be elite. And the difference between good, great, and elite is sometimes the passion you bring toward the game. In saying that, I would say that’s an attribute that he has. It’s not necessarily a detriment.”

Kitchens and Mayfield had their up and down moments in Cleveland before the disastrous ending of the two together.

He talked about wanting to be elite, which is certainly something every NFL player wants.

Franchises want that too, however. That wasn’t happening for the Browns with Baker and Freddie.

Could Baker get back to becoming “elite”?

It doesn’t seem likely, but Kitchens seems to think the possibility is there. 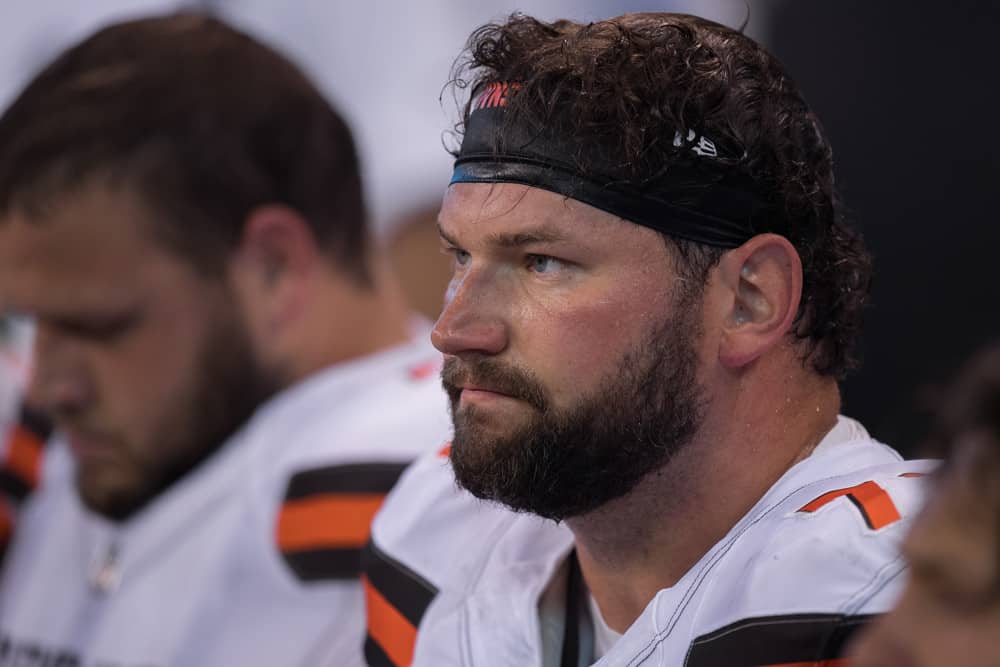 Joe Thomas Is Making An Impact At Browns’ Training Camp 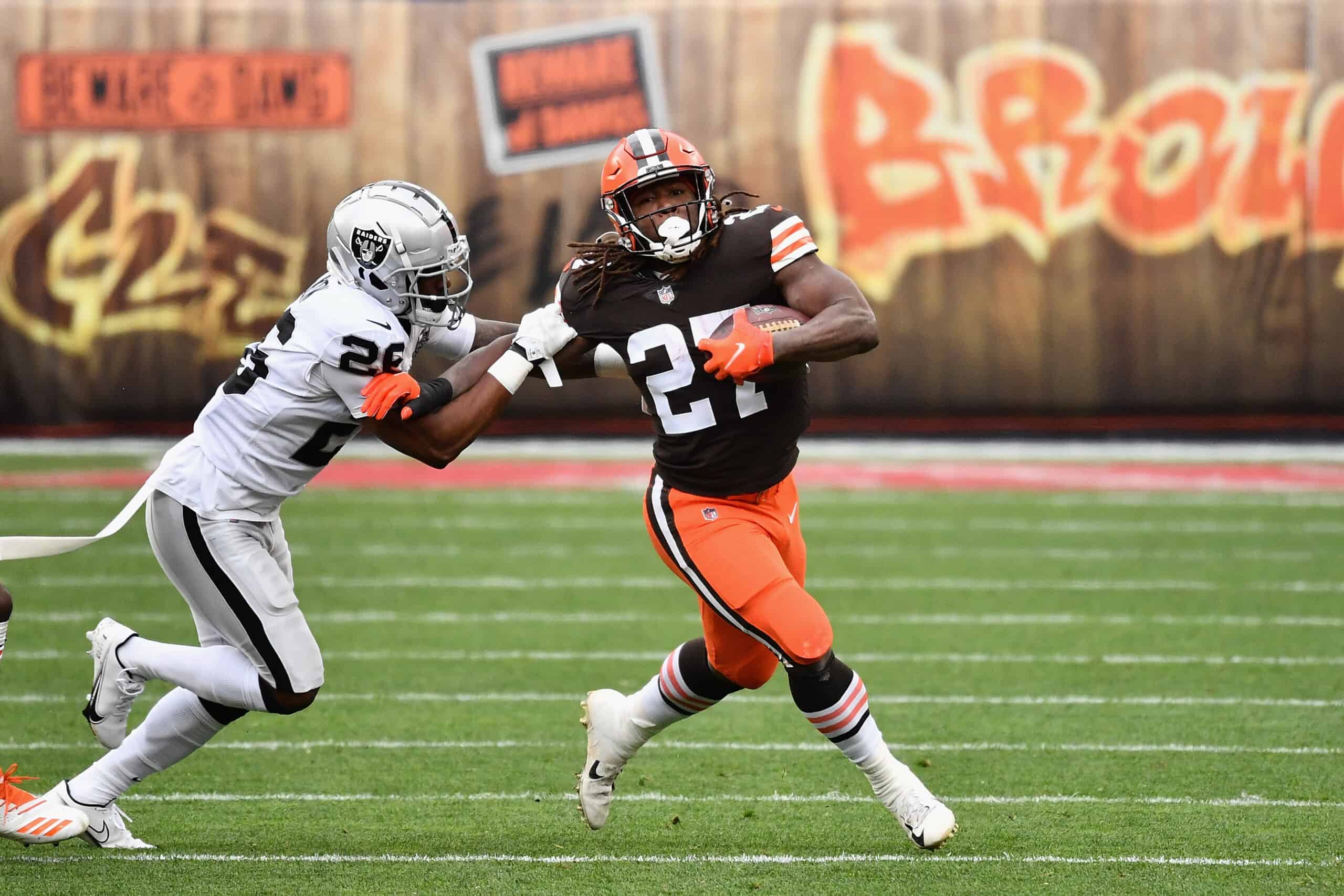