You are here: Home / Browns History / The Life And Career Of John Brown (Complete Story)

As great as future Pro Football Hall of Famers Jim Brown and Leroy Kelly were as running backs for the Cleveland Browns, their play was definitely helped by the performance of various offensive linemen for the Browns.

One such offensive lineman for Cleveland was John Brown.

As part of a 10-year NFL career, Brown played at right tackle for the Browns from 1962 to 1966, helping Jim Brown and Leroy Kelly rank high (and even lead) in various NFL annual rushing statistics and Cleveland win the 1964 NFL championship.

We take a look at the life of John Brown – before, during, and after his NFL playing career.

The Early Years Before College

Camden is located in southwestern New Jersey, across the Delaware River from Philadelphia.

At Camden High School, Brown played on both the offensive line and the defensive line.

While Brown played only one year of high school football, his play impressed Syracuse University (“Syracuse”).

After Syracuse offered him a scholarship, Brown decided to attend Syracuse in Syracuse, New York for college.

After compiling a 10-0 record in the 1959 regular season, Syracuse met Texas (then ranked fourth in the nation by the Associated Press) in the Cotton Bowl.

With an 11-0 record, Syracuse was considered consensus national champion in 1959.

In 1960, Brown generally was a back-up offensive lineman for Syracuse.

Syracuse posted a 7-2 record and was ranked 19th in the nation in the final Associated Press poll in 1960.

Brown again generally was a back-up offensive lineman for Syracuse in 1961.

After graduating from Syracuse in 1962, Brown headed to professional football.

He decided to sign with Cleveland; it is perhaps appropriate that “Brown” played for the “Browns” (the team of Pro Football Hall of Fame coach Paul “Brown” and Jim “Brown”).

With the Browns, Brown looked forward to having the opportunity to block for Jim Brown (who also had attended Syracuse) and Ernie Davis.

Davis, who had been the first pick in the 1962 NFL draft (held on December 4, 1961) by the Washington Redskins, had been acquired by the Browns in a trade with Washington on December 14, 1961.

Tragically, Davis never played for Cleveland, as he was diagnosed with leukemia and died in 1963.

In 1962, as a rookie, Brown (playing at a height of six feet and two inches and a weight of 248 pounds) played in all 14, but did not start any, regular season games.

Brown was part of a Cleveland offense that ranked in the 1962 NFL regular season second in fewest sacks allowed (27), third in rushing touchdowns (18), and fifth in average yards per rushing attempt (4.3).

In addition, Jim Brown, in the 1962 NFL regular season, ranked fourth in rushing yards (996) and third in rushing touchdowns (13).

It turned out to be the season that Brown had his most extensive playing time as a starter with the Browns.

Jim Brown rushed for 162 yards and had 100 receiving yards in the game.

The following week, on September 22, 1963, with Brown at right tackle, Cleveland gained 453 total yards and did not allow a sack, as the Browns defeated the Dallas Cowboys 41-24.

In the game, Jim Brown rushed for 232 yards.

In the next game, on September 29, 1963, Brown contributed to Cleveland again not allowing a sack, in a 20-6 Browns triumph over the Los Angeles Rams.

The following week, on October 5, 1963, in a 35-23 Cleveland win over the Pittsburgh Steelers, Brown helped the Browns gain 357 total yards.

Jim Brown rushed for 175 yards in the game.

The following week, on October 20, 1963, Brown contributed to Cleveland gaining 500 total yards, in a 37-7 Browns victory over the Philadelphia Eagles.

Jim Brown rushed for 179 yards in the game.

In a 27-20 Cleveland defeat of the Washington Redskins on December 15, 1963, Brown contributed to the Browns gaining 368 total yards.

In the game, Jim Brown rushed for 125 yards.

In addition, in the 1963 NFL regular season, Jim Brown (who was named NFL Most Valuable Player by both United Press International and the Newspaper Enterprise Association) led the NFL in all of rushing yards (1,863), rushing touchdowns (12), and average yards per rushing attempt (6.4).

In addition, Jim Brown, in the 1964 NFL regular season, led the NFL in both rushing yards (1,446) and average yards per rushing attempt (5.2) and ranked tied for third in rushing touchdowns (7).

Cleveland, with a 10-3-1 record, won the NFL East Division title in 1964, for its first division championship in seven years.

The Browns advanced to the 1964 NFL championship game against the Baltimore Colts on December 27, 1964.

Before the championship game, Sports Illustrated described Brown as “quick and strong”.

Brown played in, but did not start, the championship game.

In 1965, Brown played in all 14, and started three, regular season games (again sharing the right tackle position with Monte Clark).

In addition, in the 1965 NFL regular season, Jim Brown (who was named NFL Most Valuable Player by all of the Associated Press, United Press International, and the Newspaper Enterprise Association) led the NFL in both rushing yards (1,544) and rushing touchdowns (17) and ranked second in average yards per rushing attempt (5.3).

With an 11-3 record, Cleveland again won the NFL East Division title in 1965.

In the 1965 NFL championship game, the Browns played the Green Bay Packers on January 2, 1966.

Brown played in, but did not start, the game, as Green Bay defeated Cleveland 23-12.

Brown played in all 14, and started eight, regular season games in 1966 (again sharing the right tackle position with Monte Clark).

In addition, Leroy Kelly (who replaced Jim Brown as Cleveland’s leading running back in 1966 after Brown retired), in the 1966 NFL regular season, led the NFL in both rushing touchdowns (15) and average yards per rushing attempt (5.5) and ranked second in rushing yards (1,141).

In 1967, Brown played in and started 13 regular season games for Pittsburgh at left tackle.

Brown played in all 14, and started 13, regular season games for Pittsburgh at left tackle in 1968.

For the 1968 NFL regular season, Brown contributed to the Steelers offense ranking tied for fourth in average yards per rushing attempt (4.3).

Brown started all 14 regular season games for Pittsburgh at left tackle in 1969.

Brown played in all 14, and started 13, regular season games for the Steelers at right tackle in 1971.

The Years After The NFL

After his retirement from the NFL, Brown was a banking executive.

Brown became chair of the Art Rooney Scholarship Fund (named for the founding owner of the Pittsburgh Steelers) in 1990.

He was involved in various community service and fundraising activities.

In the 2008 movie, “The Express”, about the life of Ernie Davis, a character named “Jack Buckley” (played by actor Omar Benson Miller) is believed to be based on Brown.

In 2009, Brown was inducted as a Camden County Sports Legend.

Brown does not receive the recognition of other Browns offensive linemen who also helped Jim Brown and Leroy Kelly achieve success as running backs.

Such is probably the case because of a combination of Brown being a member of the Browns for only five seasons, Brown playing five seasons for Cleveland’s rival, the Pittsburgh Steelers, Brown never receiving Pro Bowl honors, and Brown not starting in the 1964 NFL championship game that gave the Browns their last NFL championship; the starting offensive line for Cleveland in the 1964 NFL championship game consisted of left tackle Dick Schafrath, left guard John Wooten, center John Morrow, future Pro Football Hall of Fame guard Gene Hickerson, and right tackle Monte Clark.

However, Brown was an important player for the Browns.

First, while Brown did not start the 1964 NFL championship game, he did start eight regular season games for Cleveland in 1964.

The Cleveland #Browns have actually drafted 11 players named Brown over the years, although only RB Jim Brown and T John Brown had much impact on the team. Ron Brown became an excellent kick returner for the #Rams. Kenny Houston was a great pick for the Houston #Oilers. https://t.co/7APO2pcoBs pic.twitter.com/MwV78xBGk1

Many players had a role in the Browns winning the 1964 NFL championship, and Brown certainly was one of the contributors in 1964.

Second, in 1963, the only season when Brown started all 14 regular season games for Cleveland, Jim Brown probably had his best NFL season, rushing for 1,863 yards and an average of 6.4 yards per rushing attempt.

Third, in 1966, the only season when Brown played with Leroy Kelly while Kelly was the leading running back for Cleveland, Kelly had his highest average yards per rushing attempt of his career – 5.5.

Fourth, Brown was a winner.

“Had good balance, good speed, a great team player. Lacked size to take the pounding of being a regular, but made up for it with a winning heart.”

Over Brown’s five seasons with Cleveland from 1962 to 1966, the Browns never had a losing record in any season and compiled an aggregate regular season and playoff record of 48-22-2.

With his play at tackle, Brown helped Jim Brown and Leroy Kelly, as well as the rest of the Browns offensive players, perform better and win more games.

More than just having a “winning heart”, John Brown was a winning player for Cleveland, including contributing to the 1964 NFL championship for the Browns. 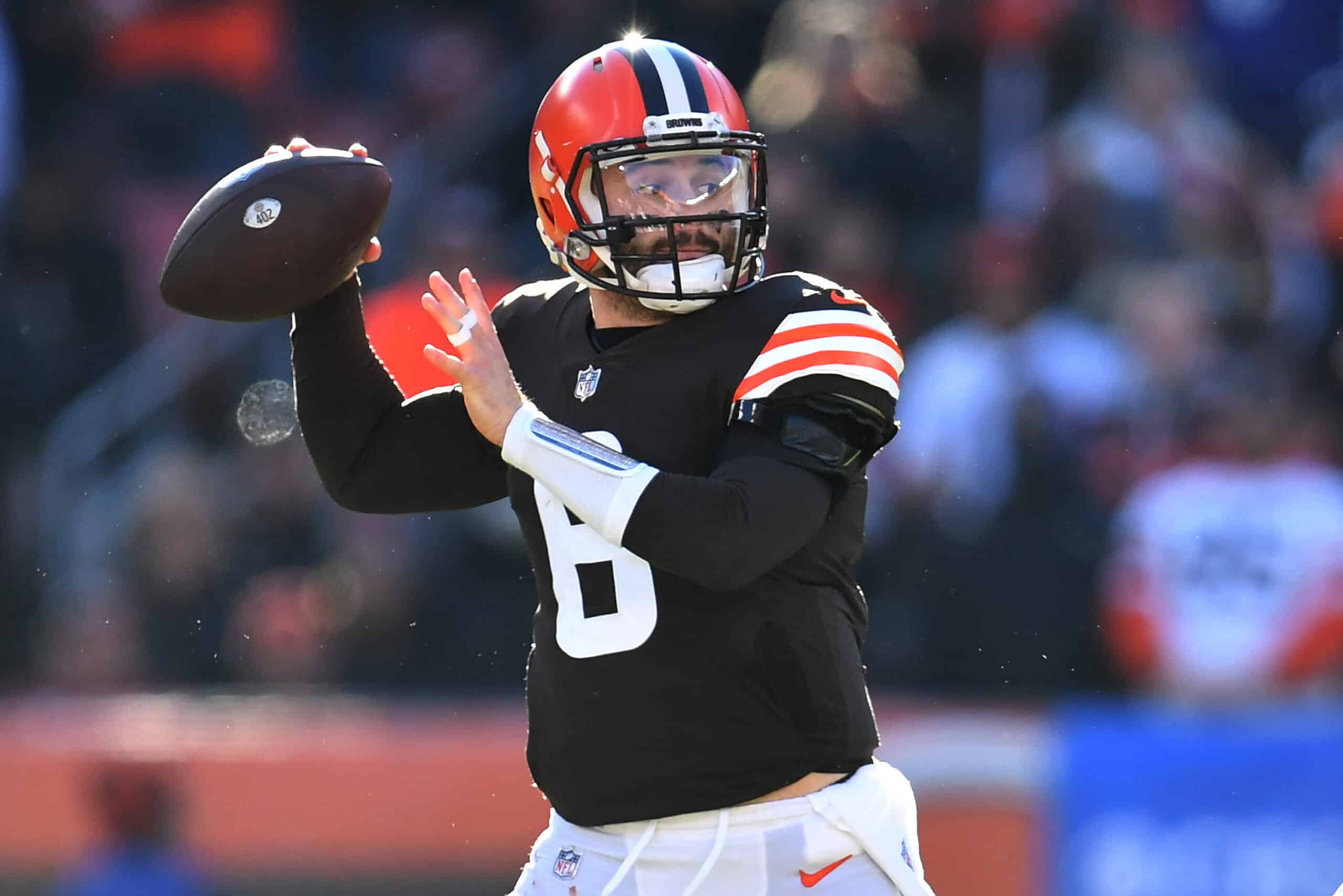 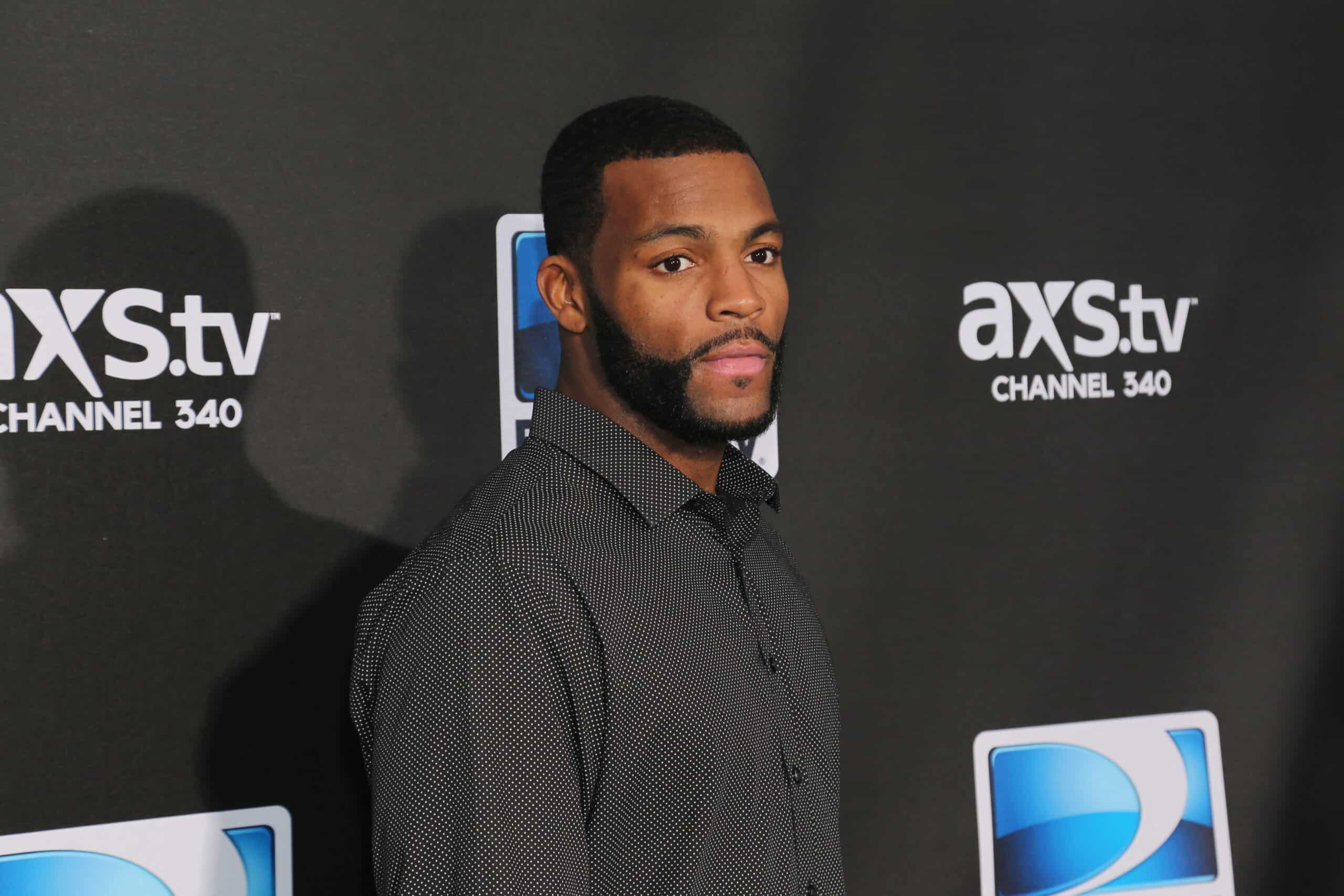 Braylon Edwards: Browns Need To Move On From Baker Mayfield

The Life And Career Of Dan Fike (Complete Story)