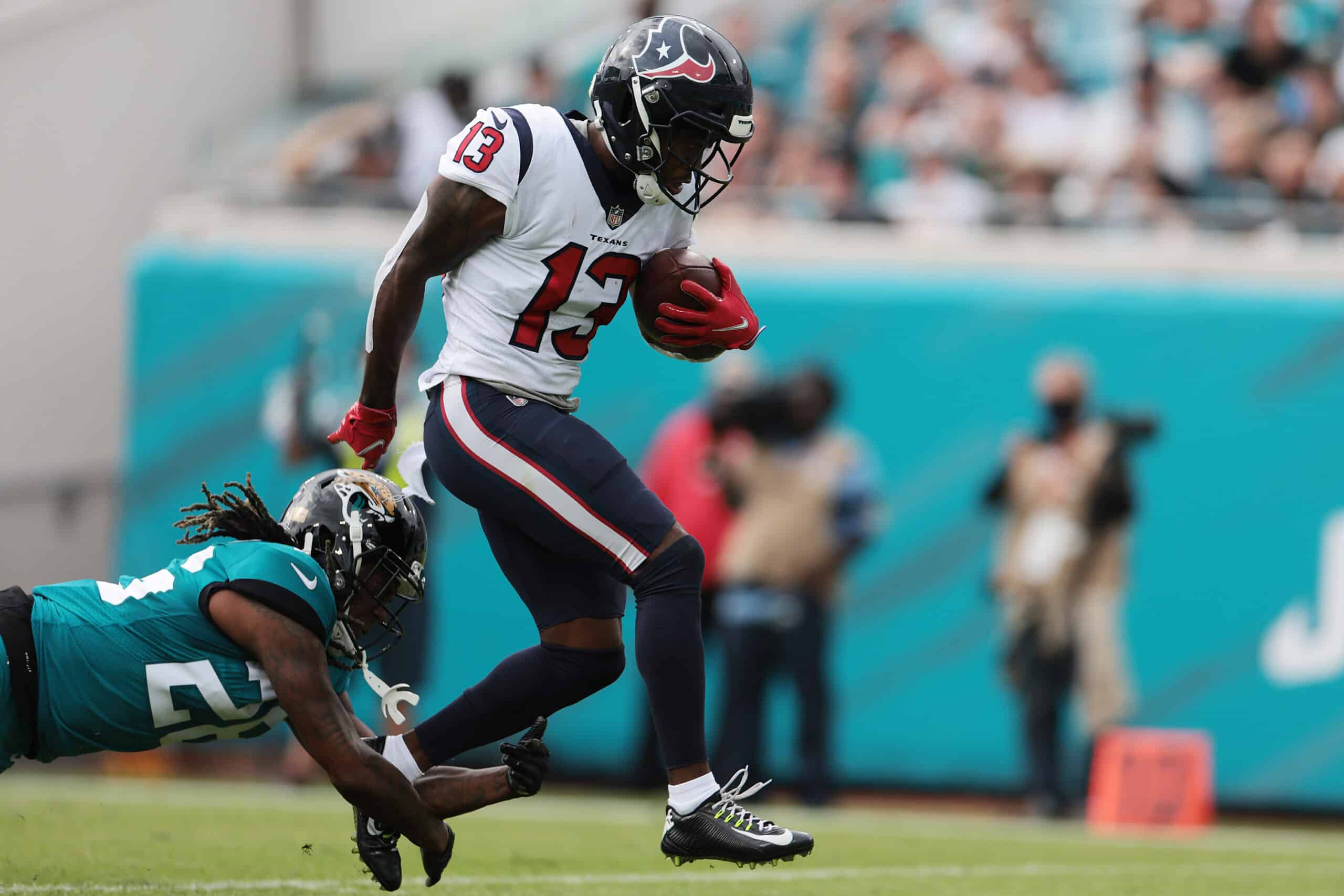 The Cleveland Browns have already made multiple significant moves this offseason.

Those moves include acquiring both wide receiver Amari Cooper and quarterback Deshaun Watson.

However, the Browns might not be done adding to their roster yet.

According to Brad Stainbrook of 24/7Sports.com, the Browns are showing interest in Brandin Cooks.

The #Browns have had talks with the Houston Texans regarding receiver Brandin Cooks at times this offseason, per a league source.

The addition of Cooks could be a huge upgrade to the Browns’ roster.

The 28-year-old is a unique talent that could put this roster over the top.

It wouldn’t be shocking to see the Texans move on from Cooks this offseason.

This roster is in the middle of a rebuild and doesn’t need a talent such as Cooks on their roster.

Instead, the organization could acquire young talent or draft compensation in exchange for Cooks.

That being said, the Texans are likely to take the best offer for Cooks before the beginning of next season.

The eight-year veteran still has plenty left in the tank and could certainly help many organizations.

Brandin Cooks turns on the BURNERS for his SECOND touchdown on the day 💨#WeAreTexans
pic.twitter.com/pkR0wKj2x8

Over his career, Cooks has finished with over 1,000 receiving yards per season in six of his eight years in the league.

Cooks has bounced around to four different teams throughout his career, but has been productive wherever he plays.

Cleveland Cooks Up An Offer

The addition of Cooper is a great start for the Browns offense.

However, this roster is still lacking a reliable second option behind Cooper.

Although, bringing in a player such as Cooks could really make this offense dangerous.

It’s also worth noting that Cooks and Watson have put together success in the past.

The Browns could possibly make Watson feel more comfortable by adding Cooks to the roster.

Cooks has been a relatively healthy and consistent option throughout his career.

He might not put up elite numbers, but you can always count on him to produce.

That being said, the Browns should at least make an offer for Cooks.

The Browns have the young talent and possible draft capital to pull Cooks away from Houston.

There aren’t too many players of Cooks caliber available at this point in the offseason.

The Browns need to make a move and acquire someone reliable before the season begins.

Haslams Give Honest Admission About Owning The Browns