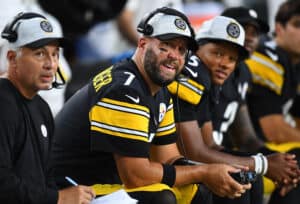 Death, taxes, and Ben Roethlisberger winning in Cleveland used to be the status quo. With the veteran quarterback’s career coming to an end and an emerging Browns team, “Big Ben’s” dominant days are behind him. Still, that doesn’t stop Roethlisberger from firing off a sly crack every now and again. In a Wednesday morning press conference, Roethlisberger spoke … END_OF_DOCUMENT_TOKEN_TO_BE_REPLACED 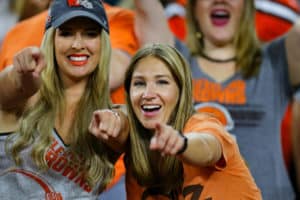 It was a magical feeling when the clock read nothing but zeroes at Heinz Field on Sunday night. The Cleveland Browns had stunned the Pittsburgh Steelers on their own turf, and in dominating fashion. The post-game feeling in Pittsburgh is one that these Browns will remember for a long time. https://twitter.com/SportsCenter/status/1348499318622224384 The … END_OF_DOCUMENT_TOKEN_TO_BE_REPLACED 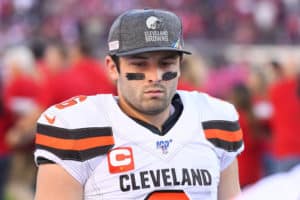 What if your team drafted a star quarterback with some questionable habits and communication skills?  Do you think he could ever become your franchise quarterback?  The AFC North has a player most expected to be the division's premier passer in 2019.  This player had a fine season the year before, but things didn't work out this time … END_OF_DOCUMENT_TOKEN_TO_BE_REPLACED