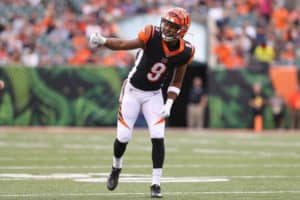 The Cleveland Browns announced Wednesday they have claimed wide receiver Damion Willis off waivers. Willis, 23, originally signed with the Cincinnati Bengals as an undrafted free agent out of Troy in 2019. No corresponding move is necessary as the Browns will receive a roster exemption for Willis and he will not count against the roster limit until he is allowed … END_OF_DOCUMENT_TOKEN_TO_BE_REPLACED