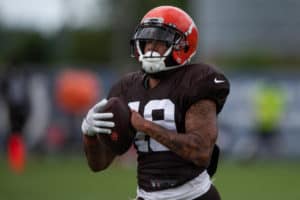 The Cleveland Browns promoted J.T. Hassell from the practice squad earlier this week. The move to bring Hassell up to the active roster was enacted to replace defensive back Morgan Burnett after the Browns placed him on injured reserve with an Achilles injury. https://twitter.com/Browns/status/1197277778011447297 Hassell is a rookie from Florida Tech. A linebacker in … END_OF_DOCUMENT_TOKEN_TO_BE_REPLACED