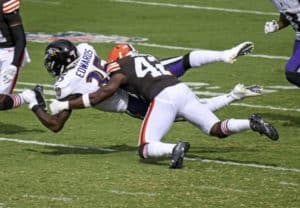 The last time Karl Joseph played with the Raiders, they were in Oakland. While he may not be returning to the same city, the now-former Cleveland Brown will once again dawn the silver and black. Only this time, he’ll be in Las Vegas and not The Bay. https://twitter.com/brgridiron/status/1380635074165542913   Quick Stint in Cleveland Browns fans didn’t … END_OF_DOCUMENT_TOKEN_TO_BE_REPLACED 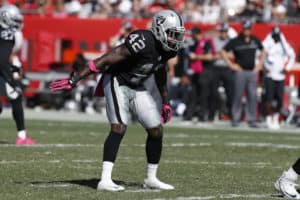 In April, the Cleveland Browns signed safety Karl Joseph to a one-year $2.5 million deal. Joseph spent the four first seasons of his career with the Oakland Raiders, but believes Cleveland is the perfect fit for his future. https://twitter.com/Browns/status/1260733566616559622 The former first-round pick likely had multiple organizations chasing after him … END_OF_DOCUMENT_TOKEN_TO_BE_REPLACED