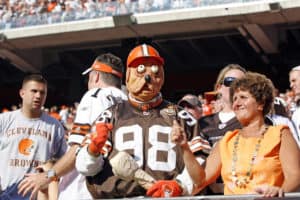 The Cleveland Browns dominated the New York Giants in their Week 15 matchup, winning 20-6 and giving themselves a playoff boost. https://twitter.com/Browns/status/1340872103583727618?s=20 While the victory didn’t quite clinch a spot in the playoffs, it moved them even closer towards making that a reality. Coming into this week, the Browns were sitting in the … END_OF_DOCUMENT_TOKEN_TO_BE_REPLACED 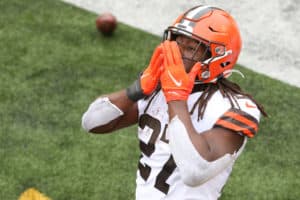 For the first time since 1994, the Cleveland Browns are 9-3. For younger fans, that still may not seem real. Those who have followed the team for a while, however, know this is a return to the days of old. There was a time the Browns were respected across the NFL. Cleveland was known for being tough, physical, and hungry to win. Their return to the NFL … END_OF_DOCUMENT_TOKEN_TO_BE_REPLACED 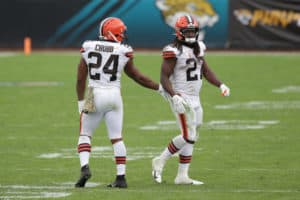 The Cleveland Browns boast two of the league’s best rushers this season in Nick Chubb and Kareem Hunt. Their ground and pound offense has thrived in a world where the passing game typically reigns supreme. Each week, the team has had two dynamic rushers on the field. Chubb and Hunt have helped shoulder the team’s rushing attack, with each being on pace to … END_OF_DOCUMENT_TOKEN_TO_BE_REPLACED 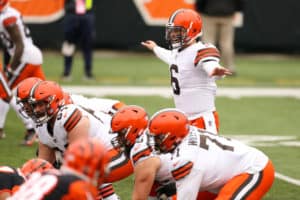 After the Cleveland Browns victory over the Jaguars in Week 12, the Browns have catapulted into the AFC’s fifth seed. https://twitter.com/Browns/status/1333157468923367425?s=20 Winners of four of their last five, the Browns have made their playoff presence clear. While winning the division may be out of reach because of the undefeated Steelers, the team sits … END_OF_DOCUMENT_TOKEN_TO_BE_REPLACED