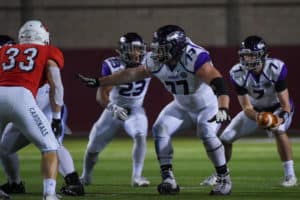 The Cleveland Browns must have listened to Browns Nation writer Ben Donahue. At the end of March, Ben inked an article outlining a couple of small-school prospects for the Browns to look at in the upcoming NFL Draft. One of the guys mentioned in that article is offensive lineman Quinn Meinerz. Now, reports have emerged saying Cleveland has met with the … END_OF_DOCUMENT_TOKEN_TO_BE_REPLACED