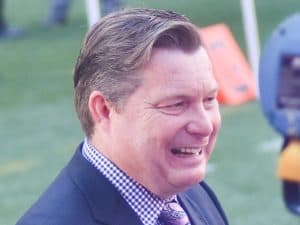 Quarterback Baker Mayfield must focus on his performance in 2020 and not being the team spokesperson, the voice of the Cleveland Browns Jim Donovan said. During Monday’s edition of “The Ken Carman Show with Anthony Lima" on 92.3 The Fan, Donovan said he watched several of Mayfield’s interviews ahead of Super Bowl LIV in Miami. “I listened to him on a number of … END_OF_DOCUMENT_TOKEN_TO_BE_REPLACED 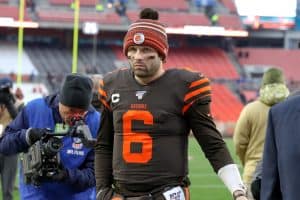 Cleveland Browns quarterback Baker Mayfield and ESPN analyst Rex Ryan met Friday months after the two traded a war of words. The two men sat side by side during ESPN’s “Get Up” morning show at Lummus Park in Miami Beach ahead of Super Bowl LIV. Friday morning’s commentary came after Ryan called Mayfield “overrated as hell” and a “one-read quarterback” in … END_OF_DOCUMENT_TOKEN_TO_BE_REPLACED