You are here: Home / Daily News / 3 Browns Players Who Could Fall On The Depth Chart In 2022

There is plenty of hype surrounding the Cleveland Browns heading into the 2022 season.

The front office also managed to keep most of the defensive unit together while adding more talent as well.

That being said, the addition of new talent means some players lose playing time.

There are a few players on the Browns roster who could fall on the depth chart given their current situation.

The rookie wideout was viewed as one of the fastest prospects in the entire draft class.

Sadly, he wasn’t able to find much momentum at all during his rookie campaign.

He finished the season with 10 receptions, 135 receiving yards, and one touchdown in 14 games.

Obviously, that was not the rookie season the Browns were hoping for from the Auburn product.

Since then, the Browns have added both Amari Cooper and David Bell to their wide receiver group.

The Browns have high hopes for Bell and believe he could be an immediate impact player.

I spoke to several people close to #Browns RD 3 pick David Bell. Was told he is very humble, and ‘one of the most talented WR’s in the draft.’ Also told he is the ultimate playmaker and always fights for him teammates.

Best quote I got: “His attitude will elevate the culture…

That being said, Schwartz could fall on the depth chart heading into next season.

Possibly, Schwartz gets more action on special teams due to his tremendous speed.

Although, it’s unlikely that he sees an increase in targets with the Browns making upgrades on offense.

The Browns should be able to find ways to get Schwartz involved because of his incredible speed.

Although, it’s unlikely he progresses as a receiver with Cooper, Bell, and Donovan Peoples-Jones above him on the depth chart.

The emergence of running back D’Ernest Johnson was a nice surprise for the Browns last season.

Johnson saw two starts while the Browns were without Nick Chubb and Kareem Hunt.

The young running back made the most of his chances with an epic performance against the Denver Broncos.

He rushed for nearly 150 yards in the close victory over the Denver Broncos.

D'Ernest Johnson had a career-high 146 rush yds in the Browns' 17-14 win over the Broncos Thursday.

Johnson had just 11 rush yds this season and 198 career rush yds overall prior to this game. pic.twitter.com/OjT3peCpru

Sadly, Johnson wasn’t able to put much together after Chubb and Hunt returned to action.

Both players remain on the roster heading into next season, so Johnson could be limited again.

Johnson has the potential to be at least a part-time running back in the NFL.

It’s unlikely the Browns will be able to give Johnson around 100 attempts again in 2022.

The Browns have a crowded running back room heading into camp.

That being said, Johnson could see a down year with Chubb and Hunt healthy.

Finally, the Browns were able to get some production out of defensive back Greedy Williams.

He was selected in the second round by the Browns in the 2019 NFL Draft.

Sadly, Williams struggled during his rookie campaign and missed the entire 2020 campaign.

Although, he came back and played well for the Browns last season.

However, he could see his playing time decrease heading into next season.

The addition of Mississippi State defensive back Martin Emerson could mean less of a role for Williams.

He is projected to be a starting defensive back alongside Denzel Ward.

Also, Greg Newsome is on the roster as well, so Williams could be fighting for snaps.

It’s always great to have depth, but Williams has the potential to be a full-time starter.

There is a good chance that Williams takes a backseat next season.

Possibly, the Browns look to use Williams as trade bait down the road, assuming they don’t bring him back to the starting unit. 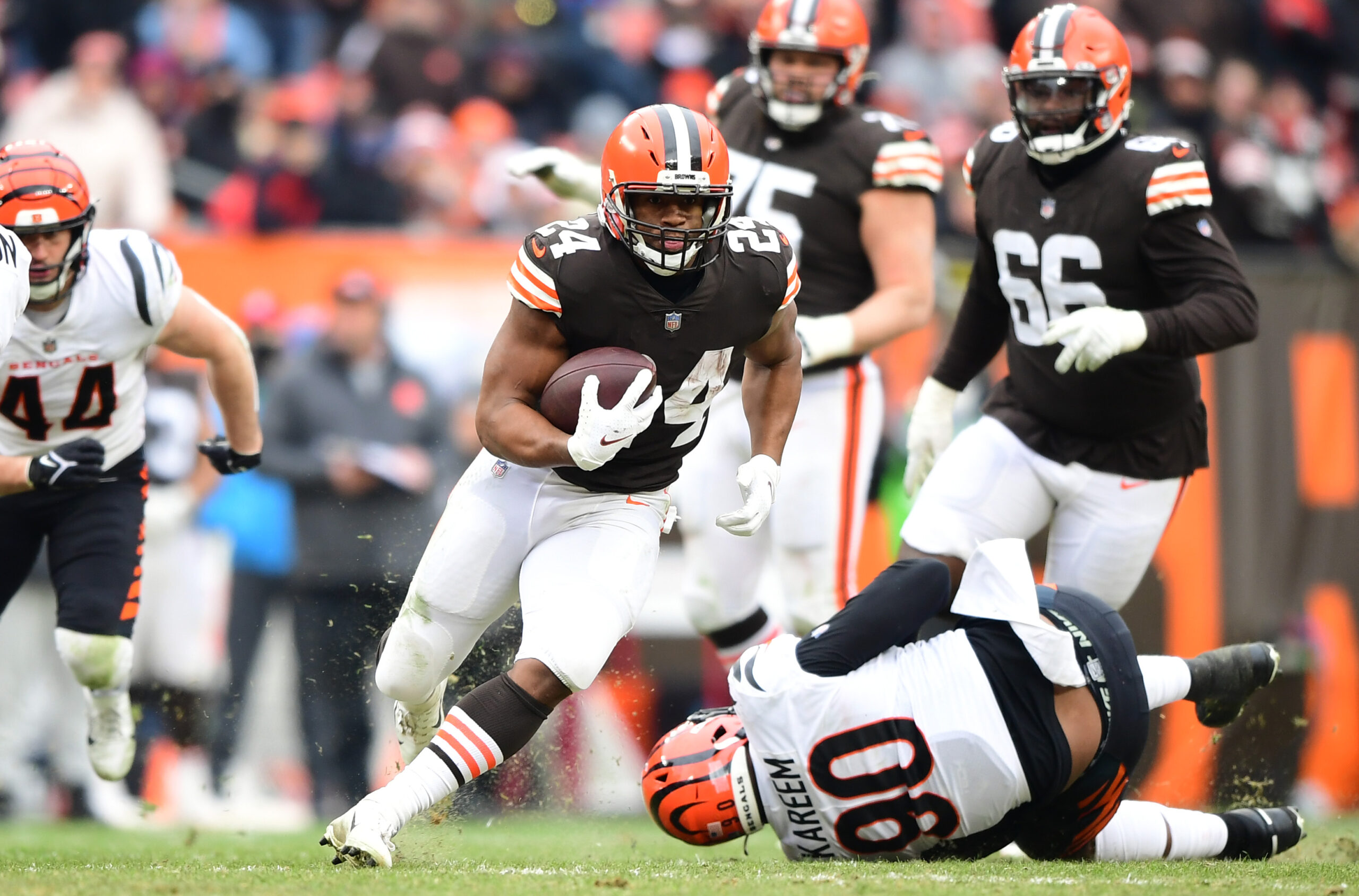