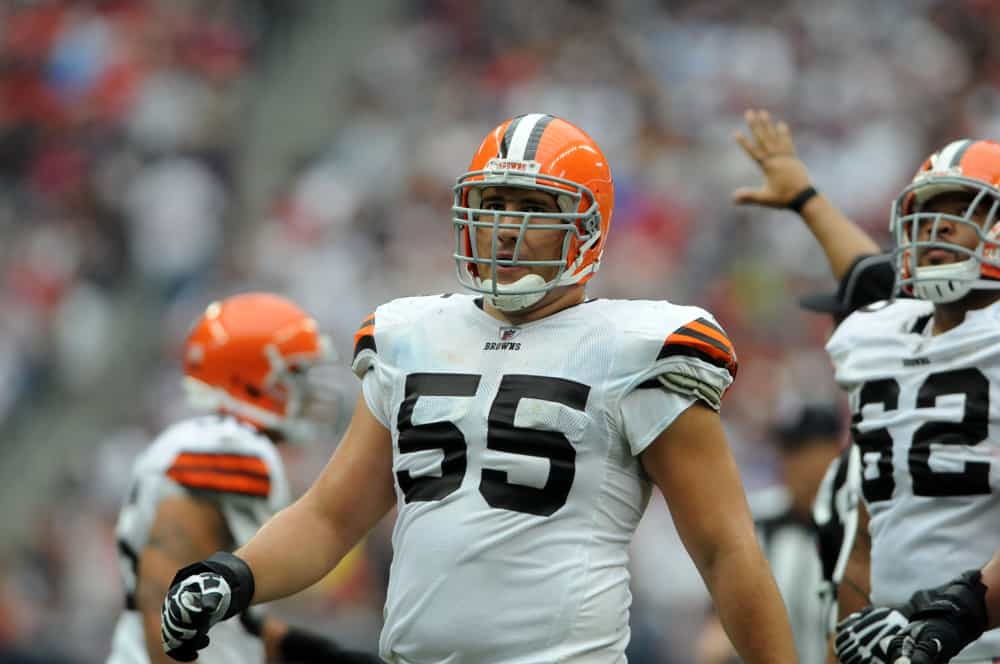 The Cleveland Browns did not have a single winning season last decade.

Yet, there were still talented players on the team nearly every year.

The only problem is that those stars did not play positions to where they could help the team overcome its major faults.

The NFL announced its All-Decade Team for the 2010s and the Browns had not one, but two players make the list.

Alex Mack and Joe Thomas beat out plenty of talented players at their respective positions to receive this great honor.

Alex Mack’s Time With the Browns

Mack is one of the better first-round picks in Browns history.

Mack is now a member of the Atlanta Falcons.

Julio Jones and Alex Mack made the @NFL All-Decade team!

The Browns had one of the better offensive lines in football during the early half of last decade and Mack was a main reason why.

He made three Pro Bowls with the Browns and was named second-team All-Pro in 2013.

One of the greatest things about Mack was his durability.

The elite center started all 16 games in six of his seven seasons with the Browns.

The lone exception came in 2014 when he broke his leg during what started out as a special year for the team.

He would have been a great piece to keep during the rebuild, but he saw what was coming and opted out of his contract.

Mack has reached three more Pro Bowls since heading to Atlanta and was named second-team All-Pro in 2016 and 2017.

Thomas is a future Hall of Famer and was an obvious choice for this list.

He was also a unanimous selection, joining seven other stars from the past decade.

The legendary offensive tackle made 10 consecutive Pro Bowls and started in 167 straight games before an injury ended his career in 2017.

Thomas was a seven-time first-team All-Pro and was named to the second-team twice.

He was the anchor of the offensive line for his entire career and never let the losing affect his play or his attitude.

That alone makes him a special person.

He has since gone on to launch a successful career in sports media and it would not be surprising if he landed a major announcing gig in the next five years.

The next step is his Hall of Fame enshrinement.

He may end up breaking the attendance record in Canton as Browns fans should pack the Hall of Fame to cheer him on and listen to his speech.

Thomas was an elite player at one of the most important positions in professional sports.

Browns fans loved him for his toughness and for his ability to keep on playing even when the season was lost.

For that, he is a legend and he deserves all the honors he receives from the NFL.