Just days after the Browns finished trimming their roster down to 53 players, they have announced where those players will be in the lineup.

On Tuesday, the Browns released their first official depth chart for the 2019 season just days before their home opener against the Tennessee Titans.

While there are not many surprises in the chart, there are a few things worth noting: 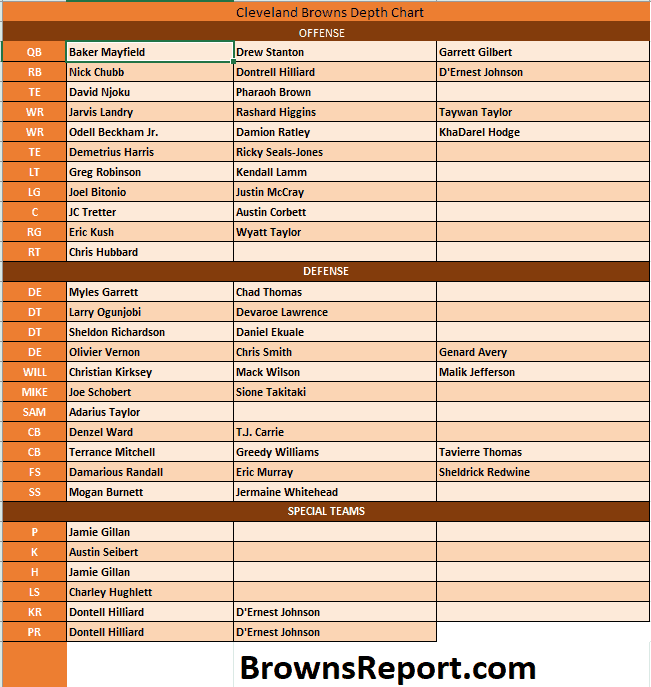