You are here: Home / Daily News / 1 Browns Player Who Could Surprise And Make The Pro Bowl This Season

The Cleveland Browns are full of great expectations as the team enters the 2022 NFL season.

A lot of work in the offseason went into trimming and building a winning roster.

The 2020 playoff run is a distant memory, and the 2021 disappointing season is not something fans, coaches, or players want to endure again.

With that in mind, we will select the Browns player who could surprise everyone and make the Pro Bowl this season.

Spoiler alert: it may not be as much of a surprise as the recognition that this player is finally living up to his potential.

The Browns sent five players to the 2022 Pro Bowl.

However, the 2023 Pro Bowl could include all of those players plus tight-end David Njoku.

There are so many reasons why David Njoku could be the “it” guy for the Browns offense in 2022.

To begin with, Austin Hooper is gone, and Njoku is the clear TE1 who just signed a huge contract extension with the team.

Then there is Coach Stefanski’s offensive strategy which has been historically heavily focused on tight ends.

For various reasons, that strategy has been hit-or-miss in Cleveland, but with Njoku ready to step up, this could be the year.

This creates a perfect opportunity for Njoku to be the go-to guy for either Deshaun Watson or Jacoby Brissett.

Njoku Through The Years

He is entering his sixth season in the NFL, and all are with the Browns.

Njoku has played in 65 career games, starting in 36 of them.

Many argue that Njoku was severely underutilized in the past few years; 2022 could and should mark a change in that strategy which will allow him to both help the team and achieve personal accomplishments such as making his first ever Pro Bowl. 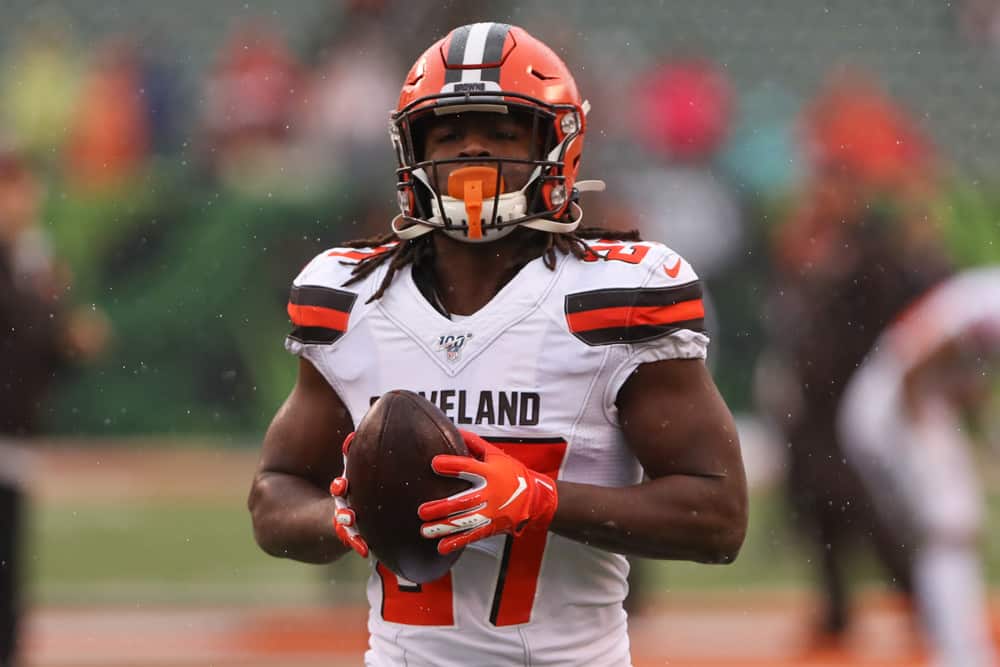 Should The Browns Trade Kareem Hunt?