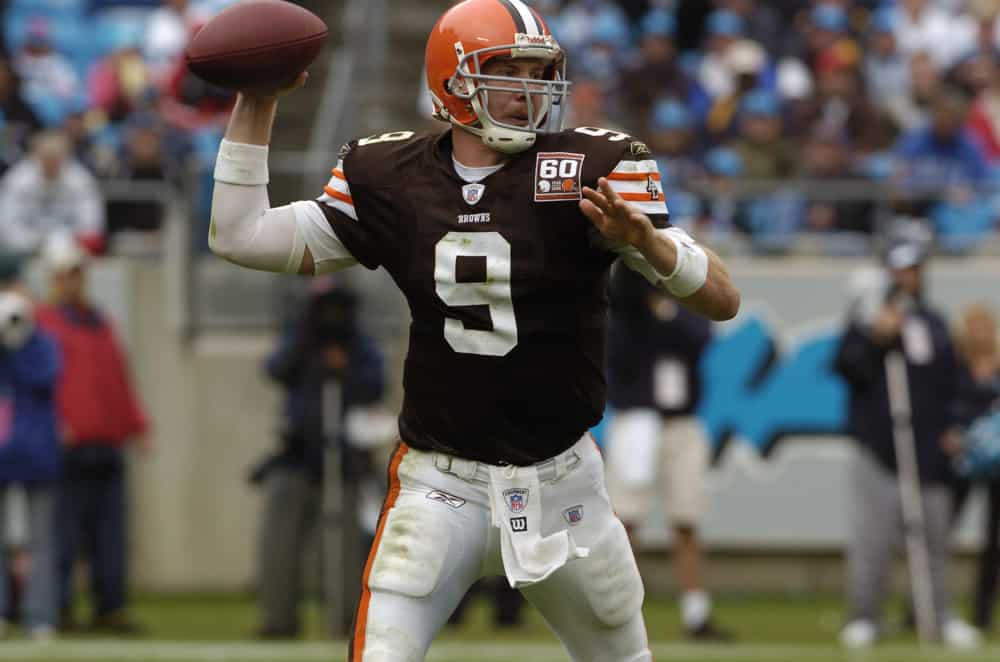 Charlie Frye, 39, the former quarterback of the Cleveland Browns, is returning to the NFL as the quarterbacks coach for the Miami Dolphins.

We have parted ways with quarterbacks coach Robby Brown.

Reunited and it feels so good!

The Ohio native and Akron alumnus previously served as the quarterbacks coach and offensive coordinator for Central Michigan from 2019-2020.

Charlie Frye was drafted by the Browns in the third round (67th overall) of the 2005 NFL Draft.

During the 2007 preseason, Frye was competing with Derek Anderson and Brady Quinn for the starting job that he ultimately won.

I know the whole “the best coaches aren’t the best players” thing but Charlie Frye made a mockery of the QB position when he was our starter. https://t.co/z6gdWsesBb

However, he had a horrible showing against the Pittsburgh Steelers in Week 1.

He was benched early in the game after completing 4 of 10 passes for 34 yards and 1 interception.

Derek Anderson relieved him in that game and remained the starter the rest of the season.

Frye was traded to the Seahawks on September 11, 2007 where he became the third string quarterback behind Matt Hasselbeck and Seneca Wallace.

He continued with the Seahawks through the 2008 season.

Prior to the 2009 season, Frye signed with the Oakland Raiders.

Frye came off the bench to start for the Raiders in the last three games of the 2009 season.

Frye planned to return to the Raiders for the 2010 season but suffered a wrist injury during training camp which essentially ended his playing career.

Frye accepted a job at the University of Florida as Director of Player Development and worked there for the 2016 and 2017 seasons.

He returned home to Ohio to work with Ashland University as wide receivers coach in 2018 prior to making the leap to Central Michigan for the 2019 and 2020 seasons.