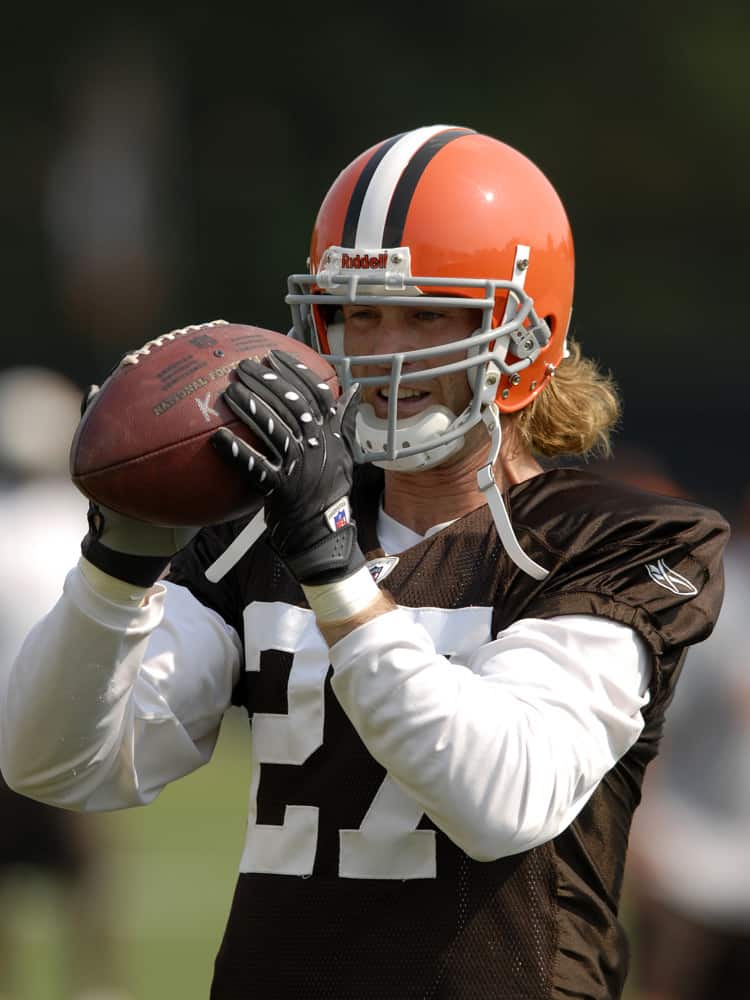 We have named Nick Sorensen our special teams coordinator.#DUUUVAL pic.twitter.com/2s14ENnZnr

Sorensen, 42, ended his playing career with the Browns but played for the Jaguars.

He replaces Brian Schneider who is taking a leave of absence from the team for personal reasons.

Sorensen entered the NFL in 2001 as a UDFA out of Virginia Tech.

He played both quarterback and defensive back with the Hokies.

Sorensen played in Super Bowl 36 with the Rams.

After spending three seasons with the Browns from 2007-2010, a neck injury on a kickoff in the August 28, 2010 preseason game against the Detroit Lions ended Sorensen’s playing career.

After Retiring: Broadcasting And Coaching

Sorensen did not stay out of the game long.

He worked on WKYC Channel 3 in Cleveland’s Browns Tonight postgame shows during the 2012 season.

In 2013, Sorensen began his coaching career with the Seattle Seahawks as a special teams assistant.

He worked with Schneider in this capacity while both were in Seattle.

The #Jaguars are expected to hire a familiar face to run special teams: their former special teams captain Nick Sorensen, per sources.

Sorensen spent the past 8 years as a defensive assistant in Seattle and can run the system installed by Brian Schneider, who left the team.

Both were on the Seahawks coaching staff when they were Super Bowl Champions.

When transitioning Sorensen from focusing on special teams to the secondary in 2017, Coach Carroll said:

“Nick Sorensen is going to turn his focus to the secondary to share his expertise having played there for all those years. He did a great job for us on special teams, but we really want him to focus on the defensive side of the ball. He brings a wealth of experience and a real savvy for our style of play…I foresee with Nick Sorensen that he’s going to be a coordinator in this league. He already could be on special teams, now he’s going to develop his defensive stuff, and I see him moving up.”