The Cleveland Browns will face the Carolina Panthers in Week 1 of the 2022 NFL season.

It could have been like any other game, if not for Baker Mayfield being the Panthers’ starting quarterback.

Mayfield was traded by the Browns to the Panthers in July in exchange for a conditional fifth-round pick in the 2024 NFL Draft.

That selection could become a fourth-rounder if Mayfield plays 70 percent of the snap.

If he does well for Carolina, he could be on his way to that target.

While he declared that it wouldn’t be a revenge game, defeating his former team would make him feel better.

Despite being the number one pick in the 2018 NFL Draft and leading the squad to their first playoff stint in almost two decades, the Browns parted ways with Mayfield after signing Deshaun Watson to a five-year, $230 million deal.

Even if Watson will serve a suspension for violating the league’s conduct policy, the Browns still went with Jacoby Brissett instead of Mayfield.

But with the main storyline already written by circumstance, running back Nick Chubb gave his take on the Browns-Panthers matchup.

Chubb on what he expects from Mayfield. “We all know Baker, so I don’t know what to expect.”#Browns

Tom Withers of the Associated Press tweeted, “Chubb on what he expects from Mayfield. ‘We all know Baker, so I don’t know what to expect.’”

Nothing Wrong With Chubb’s Statement

The three-time Pro Bowler describes Mayfield’s gameplay, which could be volatile.

One day, he could be an accurate play-caller and collect 300 yards and multiple touchdown passes.

At times, Mayfield struggles to find the mark, often resulting in a defeat.

Chubb is a man of few words, but he speaks from the heart.

He didn’t mean any ill will toward his former teammate.

All he’s saying is that Mayfield can either look like an All-Pro or a bust against them. 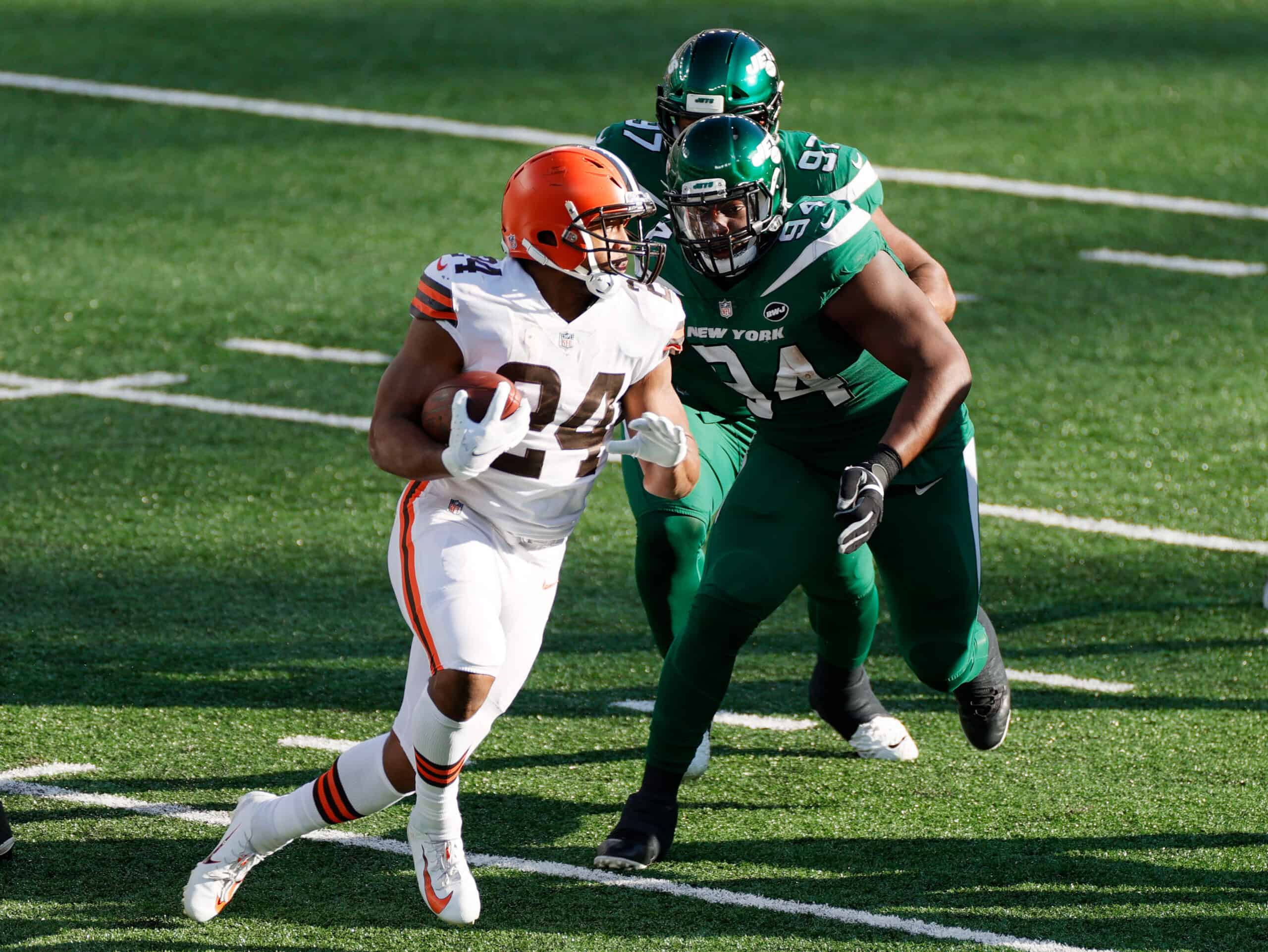 The Browns Must End A Pitiful Week 1 Streak