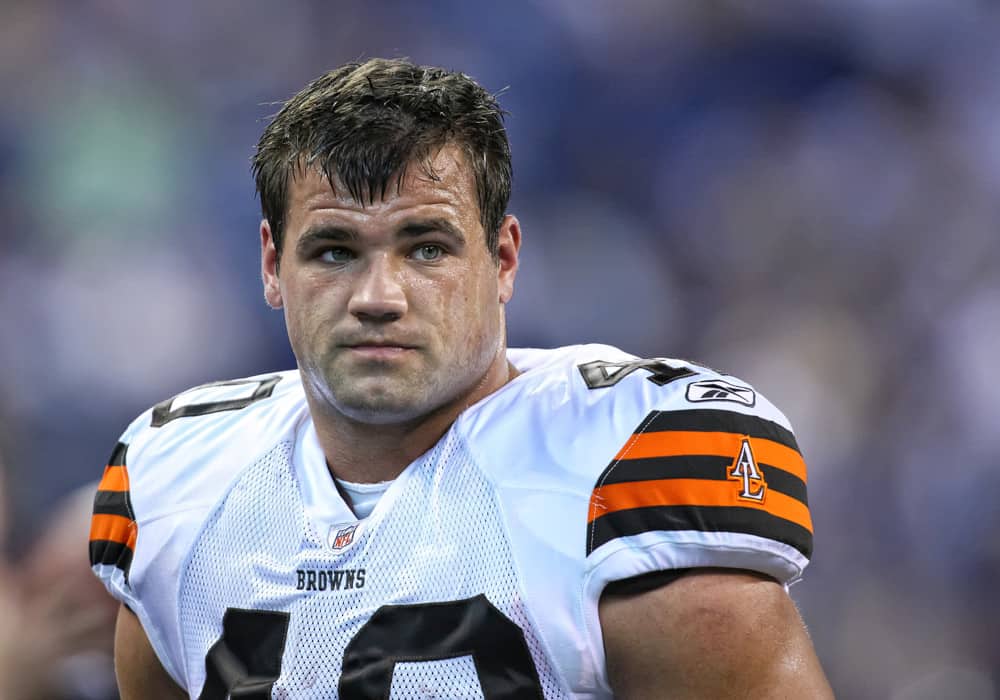 Former Cleveland Browns running back Peyton Hillis, 36, is reportedly in the hospital after saving his children from drowning in the ocean.

Sidelines Sports Network – Arkansas appears to be among the first of the media outlets to report this and has indicated that Hillis is listed in critical condition.

Former Arkansas and NFL RB Peyton Hillis is rumored to be in critical condition after saving his children from drowning in the ocean. His kids are reportedly safe and healthy, but Peyton could use thoughts & prayers! pic.twitter.com/cIiwr9L5G3

There are two key pieces of good news in the midst of this terrible story.

The first is that Hillis’s children are okay.

And the second is that Hillis’s uncle, Greg, provided an update that Hillis is moving in a positive direction.

This is an update on Peyton! Seems he’s headed in the right direction! https://t.co/35NO6ZAzSK pic.twitter.com/5mTeIxw0fJ

“I just wanted to let everyone know on Razorback Nation that Peyton is doing better.  He’s still in intensive care and having some problems with his kidneys and his lungs but the doctors say he is improving. I just wanted to head off any rumors that may be started.”

This is an update on Peyton! Seems he’s headed in the right direction! https://t.co/35NO6ZAzSK pic.twitter.com/5mTeIxw0fJ

Hillis will go down in history as the first and to date, the only Browns player featured on the front of the EA Sports Madden videogame.

Guy of the Day: PEYTON HILLIS
– HB drafted out of 'Bama, played in the NFL from '08-'14
– Rushed for 1,177 yards in 2010 with Cleveland
– Browns fans swarmed an online vote to make him the next Madden cover athlete
– I still can't believe Peyton Hillis is a Madden cover athlete pic.twitter.com/weo3NcUY41

Hillis had the best season of his career in 2010 with the Browns when he rushed for 1,177 yards and 11 touchdowns.

He was the cover athlete on Madden 12 after a barrage of Browns fans voted to earn him that distinction.

We wish Peyton Hillis a full recovery and are thankful for his heroism in saving his children from what could have been a tragic situation in the ocean.